Table of content
1 Hyphae
1.1 Definition and Meaning of Hyphae
1.2 Hyphae Function
1.3 Structure
1.4 Solved Question For You

Hyphae refer to nucleated threads which are in the shape of thin tubes. They are an important topic in cell biology. Students can learn more about hyphae and its function and structure here.

Definition and Meaning of Hyphae

A hypha(plural: hyphae) refers to a long, branching, structure of a fungus, actinobacterium, and oomycete. Furthermore, the hypha happens to be the main mode of vegetative growth in most fungi.

Hypha is externally enveloped in a cell wall which is rigid and chitin-rich. Moreover, they have an internal plasmatic membrane.

Its separation takes place by septae. Moreover, septae are walls which almost always have pores and regulatory structures.

Therefore, a septae helps in preventing cellular leaking from occurring because of cell disruption.

For example, the septum of ascomycetes involves the woronin body. Woronon body happens to be an oily structure which facilitates pore blockage when cell disruption takes place. 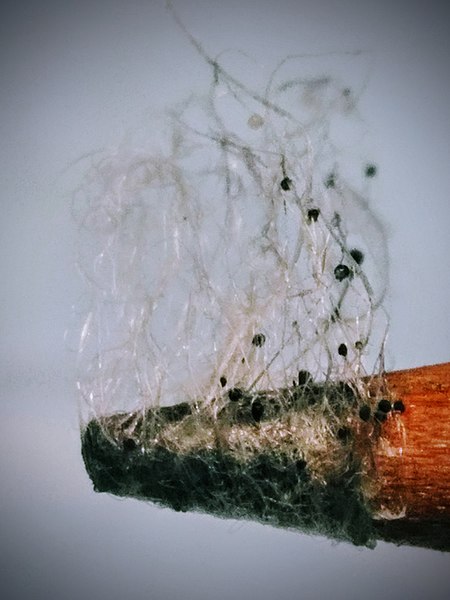 Fungi are certainly heterotrophic in nature. What this means is that they cannot produce their own food. Consequently, they attach themselves to other food sources. Then these fungi absorb nutrients and thereby adding new growth in the process.

In order to gain a better understanding of this particular concept, one must explore the process through which mould seems to appear on fruit. One must imagine a fruit bowl, containing oranges and then putting it in in the bright sunlight.

After several days, one goes bad. How this process does take place. Most noteworthy, where did the mould come from?

The answer to this lies in the spore which is a microscopic body. Spores happen to be constantly flying through the air. This is because they are the reproductive cells of the fungi.

On landing in an exact right place, the spore would begin its growth. The perfect landing zone is a food source characterized by moisture and an appropriate amount of warmth.

Providing this location and moisture-rich content, the orange certainly makes a fitting new home for the mould spore.

This new cell helps in the making of a strand of hyphae. It becomes complete with a nucleus, organelles, and cytoplasm.

A hypha consists of one or more cells which happen to be surrounded by a tubular cell wall. In most fungi, hyphae are divided into cells by internal cross-walls in almost all fungi.

Septa contains pores which are large enough for ribosomes, mitochondria, and even nuclei to flow between cells. Chitin refers to the major structural polymer in the fungal cell.

This clearly stands in contrast to plants and oomycetes because they have cellulosic cell walls.

There are some fungi that have aseptate hyphae. This basically means that their hyphae are not partitioned by septa. Hyphae have an average diameter of about 4–6 µm.

Q1 Which of the following statements is not true when it comes to Hyphae?

A. Hyphae have an average diameter of about 1-2 µm.
B. They refer to nucleated threads which are in the shape of thin tubes
C. It refers to a long, branching, structure of a fungus
D. The separation of hyphae takes place by septae

A1 The correct option is A.