The cell is regarded as a fundamental structural and functional unit of life because the basic structure of all the living organisms is made up of cells. Hence cell is known as the structural unit of life. Let us learn about cell study and cell theory.

Download Cell Introduction Cheat Sheet by clicking on the button below 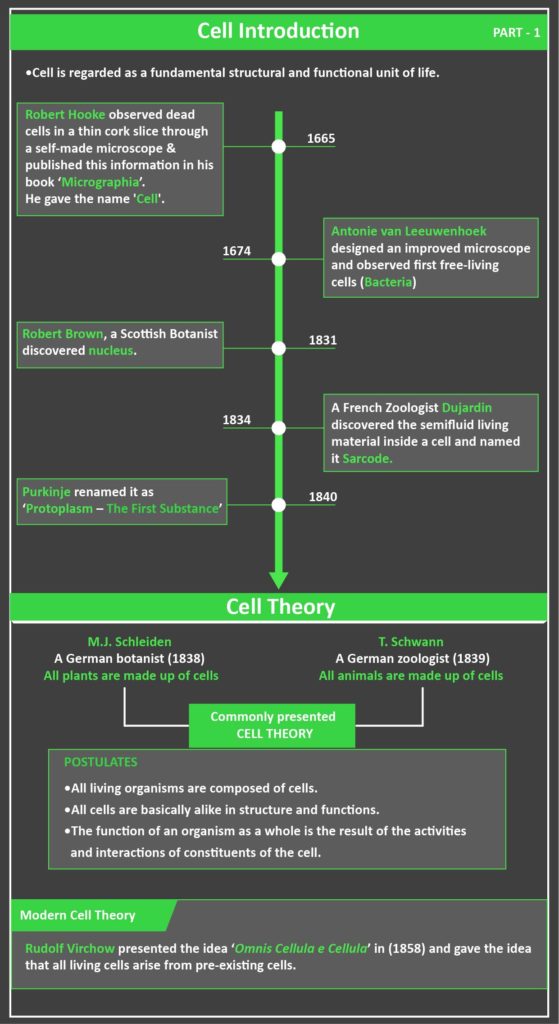 Browse more Topics under The Fundamental Unit Of Life

Postulates of Cell Theory are

In the year 1858 scientist Rudolf Virchow presented the idea ‘Omnis Cellula e Cellula’, which means that all living cells arise from pre-existing cells. After addition of this postulate in the cell theory, it was called Modern Cell Theory.

Cells are of two types depending on the presence or absence of a well-defined nucleus.

Question 1: Bacteria do not have chloroplast but some bacteria are photoautotrophic in nature and perform photosynthesis. Which part of bacterial cell performs this?

Answer: They have chlorophyll which helps in absorption of light for photosynthesis.

Question 2: Which is smaller- Cell or an atom. Also, justify your answer.