You must have noticed heavy downpour in the tropical regions or blizzards in the northeast regions, or even a drizzle which lasts for a whole day, even though they are happening in different regions, they are all related. It happens due to various types of precipitation. Now, the question arises of what is precipitation? You will learn about it in this article in detail through its types and examples. 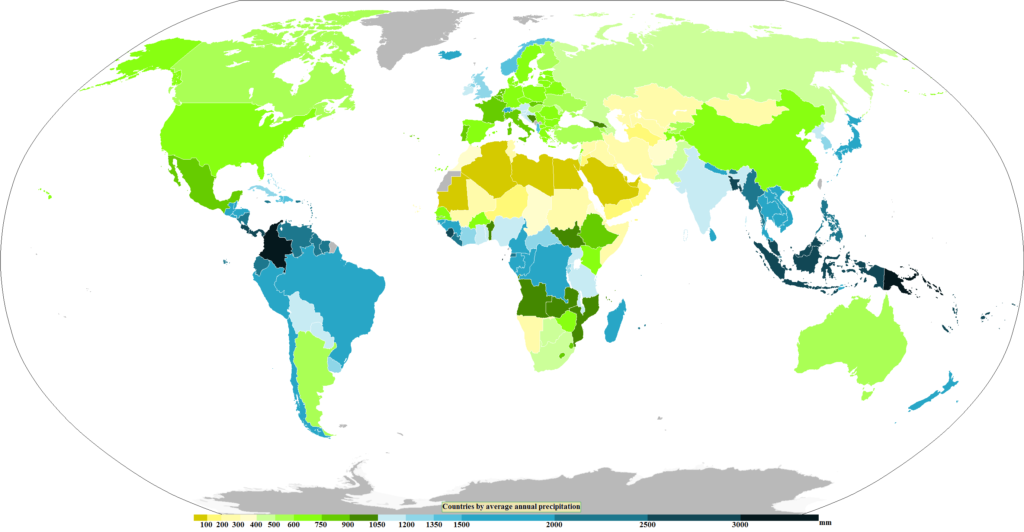 Precipitation is water that falls back to the surface of the earth upon condensing in the atmosphere. In other words, any form of water which falls, whether it is in liquid or frozen form, falls as precipitation only. Now that we are clear on what is precipitation, let us move on to the different types. You can consider heavy or light rain as precipitation and even snow, drizzle and hail.

However, we will see that fog and dew do not fall into the category of precipitation. It is so because both of these are examples of water condensing. When we look at dew, it condenses on objects and fog condenses in the air.

Moreover, there are particular types of precipitation which associate with summer and others are winters. The ones which are associated with winter are snow and graupel. On the other hand, the one with summer is rain and hail. Moreover, the other forms like drizzle, sleet and fog drip do not limit to a particular season.

Types and Examples of Precipitation

In order to understand clearly what is precipitation, we will go through the different types and examples so that students can relate it with real life and get a clearer understanding. The types of precipitation are rain, fog drip, snow, sleet, hail, and graupel.

The most common type of precipitation is rain. It comprises of little water droplets that turn heavy enough in the clouds so as to fall on the surface of the earth. There are diverse terms used by the meteorologists to define these droplets. For instance, drizzle is referred to as light steady rain.

Further, we have sprinkles which are raindrops falling in fine drops for a short period of time. Rain depends on three things which are the temperature in clouds, atmosphere and ground level. It happens in all seasons.

We also have freezing rain in which the rain droplets go through a cold air’s layer and freezes when comes in contact with the ground.

Fog is a cloud of water vapor which is condensed and suspended in the air near the earth’s surface level. It happens because the droplets of water get too heavy to stay suspended so they fall to the ground in the form of fog drip. This is a form of precipitation originating from condensation in the atmosphere.

Snow is another most commonly found type of frozen precipitation. The temperatures below freezing from the cloud levels to the ground are advantageous to precipitation in the form of snow.

Water vapor turns into ice crystals upon freezing at the cloud level. Further, it falls on the earth’s surface in flakes when the ice crystals get too heavy to stay suspended.

In other words, sleet is partly frozen rain and hail is essentially ice balls. Graupel forms from ice-coated snow crystals falling on the surface of the earth. Further, when they reach the ground, they are known as snow pellets.

Question– Which of the following is not a form of precipitation?

Share with friends
Previous
Types of Bodies of Water
Next
Clouds - Definition, Types, and How are Clouds Formed in 6 Steps