Table of content
1 Introduction to LDPE- Low-Density Polyethelene
1.1 Properties of LDPE?
1.2 Uses OF LDPE
1.3 Solved Question for You

Low-density polyethelene (LDPE) is high clarity and chemically inert polymer that is widely used, owing to its flexibility, barrier properties, good impact strength, and stress crack resistance. It is also one of the more economic polymers available. 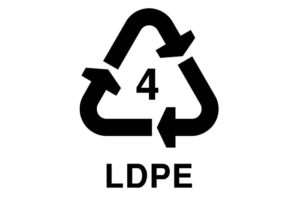 LDPE’s first experimental preparation took place in the 1930s. It was brought to the commercial forefront as a consequence of its widespread use during the Second World War in the high-frequency radar cables.

Its success on the commercial front stems from the fact that this thermoplastic is very economical and has good moisture resistance. Additionally, it comes in various levels of flexibility depending on the production process that it had undergone.

As a high-branched polymer, it does have lower density, hardness, stiffness, or strength when compared to HDPE, which might appear to be shortcomings. However, this is exactly what contributes to the higher ductility of the material, which is a very important feature.

This polymer is typically useful for making packing material such as wrapping foils, foam, trays, and plastic bags (the soft and non-crackly kind), both for food packaging, and otherwise.

This polymer plays an important role as one of the multiple layers of plastic in milk cartons. It is also useful for making bottles, pipes, garbage bags, utensils, processing material, wire insulation, and even toys. It is also useful as a thin protective layer over the paper, other plastics, or textiles.

LDPE is, however, not suitable for cook-in packs, as it softens at around (and sometimes lower than) 100°C. However, this makes it readily heat-sealable.  It has also useful in the medical sphere, as it is effective for sterile blister packs, and as drug packaging.

This polymer is non-polar and its use for printing and lamination cannot take place, without undergoing surface-treatment. Overall, LDPE, a very affordable polymer to purchase or produce, has found multiple uses across the board.

Q1. Which of the following is not a property for LDPE

(a) Its oxygen barrier is high.

(b) Comprises a mix of both long branched and short branched chains.

(d) It is flammable in nature.

A1. The correct answer is option (a). This is because the oxygen barrier of LDPE is low rather than high.