Urea refers to the diamide of carbonic acid. It is one of the waste byproducts whose production takes place when the body metabolizes proteins. Students can learn more about urea and urea formula here.

Urea refers to an organic compound which is also called as carbamide. Furthermore, the urea formula is CO(NH2)2. This is an amide which has two –NH2 groups which are joined by a functional group of carbonyl(C=O).

Urea has very important usage as a fertilizer and also feed supplement. Furthermore, urea is a colorless, crystalline substance whose melting point is at 132.7° C (271° F). Moreover, it decomposes before boiling. Most noteworthy, urea is the chief nitrogenous end product of the metabolic breakdown of proteins in many animals. 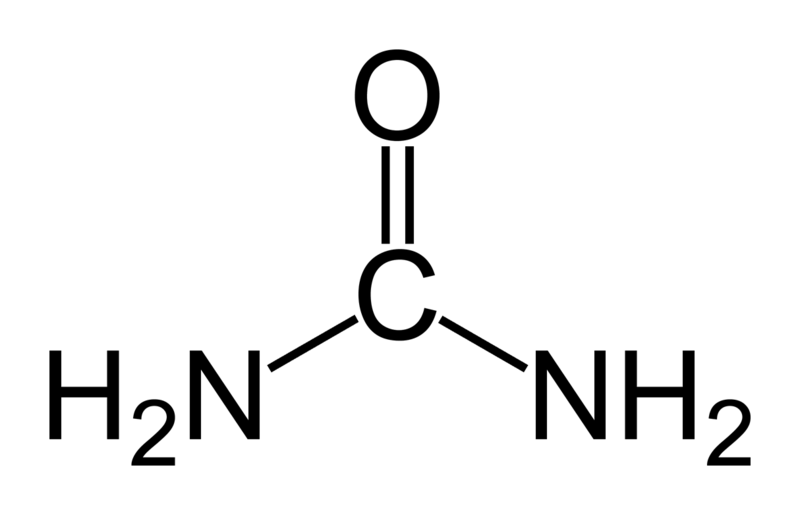 Structure of Urea and Urea Formula

Experts call urea as a carbamide because of the group it contains. Furthermore, in chemistry, some elements bond together and are also referred to like the groups. In urea, there exists a carbonyl group whose attachment is to the two amide groups. Therefore, one can see where the name carbamide comes from.

A carbonyl group refers to a carbon atom which is double-bonded to an oxygen atom. The amide group in urea consist of nitrogen which is attached to two hydrogen atoms. Therefore, if one puts two amide groups along with a carbonyl then the result would be urea.

Urea is a versatile chemical which contains two amide groups and a carbonyl group. Furthermore, other notable properties of urea include:

The Uses of Urea are as follows:

Agriculture – The use of more than 90% of industrial urea in the world takes place as a nitrogen-released fertilizer. Urea contains the highest content of nitrogen of all solid nitrogenous fertilizers. Consequently, urea has the lowest transportation costs per unit of nitrogen nutrient.

Many soil bacteria contain the enzyme urease. This facilitates the catalyzed conversion of urea to ammonia or the ammonium ion or the bicarbonate ion. Therefore, urea fertilizers transform at a rapid pace to the ammonium form in the soil.

Chemical industry– Urea is made as a raw material for the manufacturers of two main material classes. Furthermore, these materials are urea- urea-formaldehyde resins and urea-melamine-formaldehyde whose usage takes place in marine plywood.

Explosives – Urea helps in making urea nitrate. Furthermore, urea nitrate is a high explosive whose use occurs on an industrial basis. Moreover, it is part of some improvised explosive device. Also, it acts as a stabilizer in nitrocellulose explosives.

Automobile uses – Urea is available in SNCR and SCR reactions to reduce the NOx pollutants in exhaust gases. Also, the release of these exhaust gases comes from combustion from diesel, diesel fuel, and natural gas engines.

Laboratory uses – Urea is useful for laboratory usage as it can act as a powerful protein denaturant. This is because; it disrupts the noncovalent bonds present in the proteins. Above all, this property helps in increasing the solubility of some proteins.

Q1 Which of the following area or field has no usage of urea?