Nature works in amazing ways by holding the secret to new life! It is worthy to imagine how something as intricate and complex as a human, can form in this world. Fertilization in humans starts with something so minuscule that it is hard to comprehend how the entire process takes place.

Before fertilization in humans can take place, certain conditions need to exist, in order to support the process. In females and males, the process of gametes formation is the process of gametogenesis. Gametes are generally haploid cells. Some of the organisms that have a haploid type of parental body. Some examples of such organisms are monerans, algae, fungi, and bryophytes.

It is known that these organisms produce gamete cells by the division of the body through mitosis. In case the body of the parent is diploid, the same gametes form through a process of meiosis. 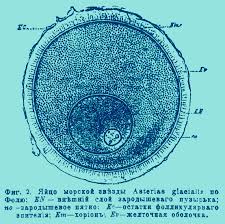 At the instance of gamete formation, such meiocytes undergo division. As a result of this meiotic division, the number of chromosomes in the gametes reduces to a half and form the diploid meiocytes.

To fulfil the loss, the ratio of male gametes produced is several thousand in number to the quantum of female gametes. After this, the male gametes are carried to the point of fertilization through a special tube that ensures that the male gametes can pass through without undergoing any damage.

When male gametes fuse with the female gametes, the entire process is fertilization in humans. This process results in the formation of a diploid zygote. In most animals, external fertilization takes place in an environment that is like their natural surroundings. 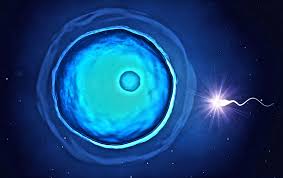 External fertilization in humans helps in allowing the male gametes to reach the female gametes. During the process of development, the resulting cells tend to divide and specialise. A sperm cell comes to fertilise the ovum. If fertilised, the resulting zygote will further undergo mitotic division and growth.

Ultimately, a multicellular embryo will form, which will grow and develop over time. After the fertilization in humans, the major events which will take place include early embryonic development, establishing multicellularity, the formation of the blastula, and formation of embryonic germ layer. One process after the other will lead to the establishment of several germ layers, which will help the tissues to form and interact with each other. 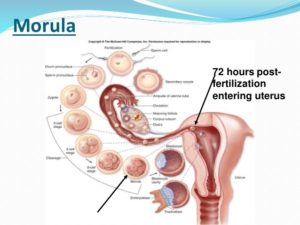 Gastrulation is the process of highly coordinated cell and tissue movements whereby the cells of the blastula undergo dramatic rearrangement. During gastrulation, the cells get specified new positions and the multi-layered body plan of the organism is specified. At the early stages of development, the embryo acquires a disc which consists of three layers. These layers are the ectoderm, mesoderm and endoderm.

Q: Describe the significance of fertilization in humans

Answer: From the point of view of evolution, fertilization in humans brings about a whole new range of genes in the world. The process of reproduction results in the combination of genes of the humans involved in the process of fertilization.

This combination of genes is necessary to help humans to adapt to the changes in their environment. The constant shuffling of the human genes in the gamete cells increases the typical variations in the offsprings of the humans. The combination of different chromosomes from different parents is also important to allow the offspring to receive variations in the due course of time.

History has shown us that evolution is necessary to allow future progenies to thrive and function in the new world, as per the needs of the changing environment around them. Thus, fertilization in humans is highly significant to the human race.