When you think of plants, you probably will think of the tall trees and the bushy shrubs. But have you ever given a thought to the smaller versions of plants, even the microscopic ones? Yes, that is what algae are, microscopic plants! Let us learn about algae classification and features.

Table of content
1 Suggested Videos
2 What are Algae?
2.1 Unique Features of Algae
2.2 Algae Classification
2.3 Importance of Algae
3 Solved Questions For You 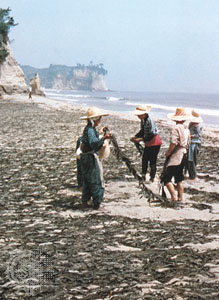 Generally, many do not bother much about these organisms called algae which are chlorophyll bearing simple organisms. But as science students, it is imperative to know more about them. You must be quite familiar with seaweeds and pond scums. These are nothing but algae!

These are simple living organisms that have chlorophyll. They are the simplest forms of producers in a food chain. They can be single-celled or multicellular. Known to be largely aquatic, algae have a thalloid structure, without much differentiation. You can find algae in a variety of habitats such as freshwater, marine, moist stones, wood, and even soil. A mutual association is found in between fungi and algae, leading to an entirely new organism called the lichens.

What is more interesting about algae is that they are economically very important. They are a source of crude oil and also for many pharmaceutical and industrial products that are used by humans. 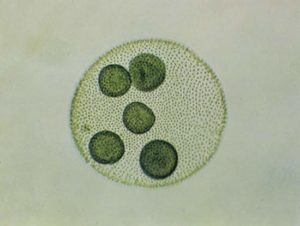 Algae can be microscopic or even as large as 60 meters in length. They can exist singly or in colonies like the Volvox or may be unicellular like Chlamydomonas or may even have a filamentous structure like Spirogyra and Ulothrix.

The unique feature of algae is the ability to perform photosynthesis. This is what differentiates them from other organisms and is also the main reason for their inclusion in the plant kingdom. The mode of nutrition is naturally autotrophic mode.

Through the fusion of gametes, sexual mode of reproduction occurs in some algae.  Depending on the size of the gametes fusing, sexual reproduction could be of isogamous( similar size), or anisogamous ( dissimilar size) or oogamous, when a large female gamete and a smaller male gamete fuse. 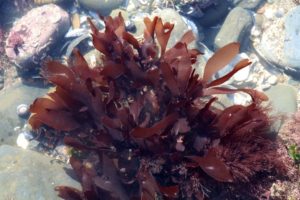 There is three main Algae classification:

According to some scientists, algae produce half of the earth’s oxygen. And this production of oxygen is by far the most important contribution of algae. As mentioned in the beginning they are a source of crude oil. These algal biofuels could well be a replacement for the fossil fuels.

Algae also play an effective role in keeping the atmospheric carbon dioxide stable and also using it efficiently. The food industry also uses some algae. Agar is obtained from Gelidium and Gracilaria and is making ice-creams and jellies. The other food supplements that are algae and which are widely used are Chlorella and Spirulina.

Q: State whether True or False – “The body of an algal plant can be differentiated into root, stem, and leaves.”

Ans: This statement is False. Algae are simple plants with a thalloid structure. They lack body differentiation.