There is a bird known as a Sand Grouse that carries water in its feather! Found mostly in deserts the sandgrouse has special feathers on its belly that can soak small quantities of water. It then carries the water back to its nest. This is a classic example of ecological adaptations in animals. Let us find out more about it.

As students of biology, when you begin to learn about ecology, it gives a holistic perspective of the interdependence all living organisms with their biotic and abiotic components. Ecology delves into the deeper interdisciplinary aspects of sociology, anthropology as well as the environmental issues.

When organisms interact with the various environmental factors, be it the abiotic components or the biotic components, there comes a time when adaptations begin to form, for the better survival of the race.

Any physiological, behavioural or morphological attribute of an organism that enables it to survive and reproduce in its respective habitat is called as an adaptation. Adaptations are very important for each and every organism. Otherwise, the rate of survival or continuing its progeny becomes diminished.

Many animals and plants have these adaptations in place. This shows their success rate in adapting to the changing dynamics of the environmental conditions. During the course of the evolutionary timeline of organisms, some important adaptations have become genetically fixed.

Probably the most familiar ecological adaptation is the adaptation seen in desert plants. Their success in being able to tackle the hot and dry weather conditions is simply amazing. The leaves of the desert plants have been reduced to spines while the stem is fleshy and spongy, with the process of photosynthesis occurring there. The plant body is also covered with waxy cuticle so as to minimize the rate of transpiration. The stomata are arranged deep inside, again to restrict the loss of water.

Another example of desert animals that show some classic adaptations are the kangaroo rat seen in the North American deserts and the camel. These animals are able to meet all the water and energy requirements through the oxidation of internal fat. During this process, water comes as a byproduct that is used by the animal. These desert animals also have concentrated urine so as to minimize any further water loss from the body. 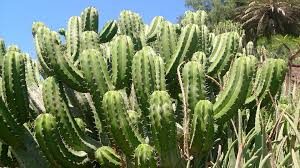 In habitats with high temperatures, it is the loss of water that has to be controlled. Similarly, in colder regions, it is the loss of heat that has to be controlled. Animals living in the cold regions have typical adaptations which include an excess layer of fat or even a thick furry body, so that heat does not escape out.  Some animals in the cold regions also go into hibernation so that they can escape the harsh winter conditions.

There are also other animals that show a temporary behavioural response to the environmental conditions so as to tide over the unfavourable conditions. 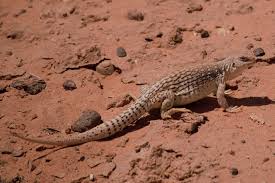 Q: What is the adaptation called that does not have any genetic changes? Give an example.

Share with friends
Previous
Environmental Issues
Next
Organism and Populations