You are constantly surrounded by many different things on this planet earth. Most of the time, we take all these for granted. Your surroundings, be it living or non-living, the geographical area where you live etc. constitute your environment.

What are Environmental Issues?

Any human activity brings along with it, many side effects. One aspect of it could bring about development while the other side of the coin could be a detrimental effect. These unfavourable changes often lead to environmental issues that affect the natural balance of the environment. 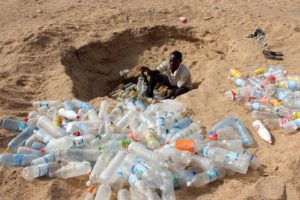 Some of the major environmental issues that are causing immense concern are environmental pollution, air pollution, water pollution, garbage pollution, noise pollution, deforestation, resource depletion, climate change etc. Most of these have resulted as a result of human overpopulation and also the indiscriminate of natural resources without conserving them.

Learn more about the Effects of Human Activites of Environment.

Pollution and its Types

Pollution in all forms is a major environmental issue in India. Any undesirable change in the environment, air, water, land, soil, etc. can be termed as pollution. These changes could be in the physical, chemical or even biological changes. The agents that bring about or cause this pollution are called pollutants.

In India, there are many laws that help in curbing pollution. These laws are intended to protect the environment as well as improve its quality. One such act is the Environment (Protection) Act, 1986. 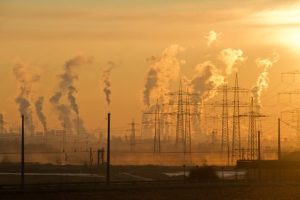 Q: Is deforestation an environmental issue? Why?

Ans. Yes, Deforestation is an environmental issue. Forests have an important role to play in the ecology of an environment. Natural forests act as biodiversity reserves. They are also carbon sinks, helping in keeping out carbon from the atmosphere and oceans. Carbon dioxide and other gases, in turn, cause global warming and climate changes. And therefore destroying forests have a detrimental issue on the environment.