We all know that plants can make their own food. Isn’t it an amazing thing? But did you know there are a few plants that cannot make their own nutrition? Let us have a detailed look at the incredible photosynthesis process and the factors that affect it. 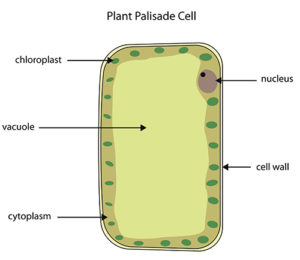 Leaves also contain small openings on their undersurface known as ‘stomata’ which are responsible for gaseous exchange and are the source of CO2 that enters the leaf. These are special organelles that inside which photosynthesis process takes place. Chloroplasts are double membraned organelles. The Chloroplast consists of disc-shaped thylakoids that are stacked together. Stacked thylakoids are called a ‘grana’. It is in the membrane of the thylakoid that pigment chlorophyll is present. Photosynthesis process can be divided into two stages:

This reaction is a light- dependent reaction and it is needed to produce energy molecules like ATP and NADPH. This reaction occurs in the thylakoid membrane of the chloroplast where the sunlight triggers of the reaction of chlorophyll pigment.

The excited chlorophyll releases an electron which is accepted by the H2 of water after its splitting. The reactions that happen are redox reactions and ultimately lead to the production of energy molecules- ATP and NADPH which are then needed for the subsequent synthesizing reactions that occur in the dark reaction.

This reaction does not literally occur in the dark but is named so because it is independent of light. This reaction can occur both in the presence and absence of light. Due to the scientists who worked to discover this cycle, this reaction is also called as the Calvin- Benson-Bassham cycle.

There are few factors that promote or inhibit photosynthesis depending on their concentration :

For the plants, photosynthesis helps generate glucose to be able to generate energy to perform other functions such as respiration, transport of water and minerals throughout the plant. Plants need energy to also perform other biological and biochemical processes to enable it to multiply. For other organisms, plants serve as food.

Q: Where does the light reaction occur?

Sol. (d) Chlorophyll is present in the thylakoid membrane of the chloroplasts. Stacked thylakoids are known as grana. So, both options b and c are correct.

How to remember the dark reaction in biology