When we talk about the air, we presume we are talking about oxygen, that the human body needs to breathe and stay alive. But the fact is, that it is merely one of the gases which form part of the air. Here is another interesting fact, humans only need a very regulated amount of this gas to breathe. Approximately 19.5% oxygen is all we require to keep on living! Let us study more about below.

Table of content
1 Suggested Videos
2 How is Oxygen Consumed By The Body?
3 Basic Composition of Air
3.1 Browse more Topics under Air Around Us
4 Facts About Oxygen In Air
5 Safe Levels of Oxygen
6 Question for you

How is Oxygen Consumed By The Body?

When we inhale air, our lungs take in the oxygen, from where it is transported to various parts of the body. This is done by the help of red blood cells. It is infused in the RBCs and then circulated in the entire body and is important for our body to function. Every cell in our body requires oxygen to perform their tasks efficiently. That is why a body always needs a specified amount of it for breathing. When the concentration varies, we experience trouble in breathing. 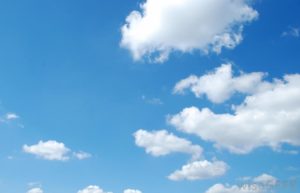 As we have already studied, air composes of several gases in various quantities, chief of these gases being Nitrogen, Oxygen, and Argon. Apart from it several traces or carbon dioxide, helium, and neon are also found in the air. But our body has a mechanism to disintegrate the air molecules and take what it needs, discarding what it does not require.

Browse more Topics under Air Around Us

Facts About Oxygen In Air

For living beings to sustain, ideally a very small concentration of oxygen is required. Humans and animals can both survive on a maximum of 23% of the gas. Anything more than that may not be very harmful, but will also not be favourable. As we have already learned, this gas is a highly combustible gas, so an excess of it in the environment can cause several side effects.

On the other hand, not enough level of it can also lead to health issues.

Q. How does pollution affect oxygen in the air?

Ans. Air pollution is caused by the release of toxic gases in the air. When such toxic gases or smoke and dust are constantly released in the air without sufficient means to destroy them, the composition of air goes out of sync. Without enough plants to consume the toxic fumes, and release oxygen to the air, the level of it in the atmosphere constantly decreases causing severe respiratory diseases.