If there is a central economic problem that is present across all countries, without any exception, then it is the problem of scarcity. This problem arises because the resources of all types are limited and have alternative uses. If the resources were unlimited or if a resource only had one single use, then the economic problem would probably not arise. However, be it natural productive resources or man-made capital/consumer goods or money or time, scarcity of resources is the central problem. This central problem gives rise to four basic problems of an economy. In this article, we will look at these basic problems in detail.

The Four Basic Problems of an Economy

As discussed in the paragraph above, the central economic problem of scarcity of resources is broken down into four basic problems of an economy. Let’s look at each of them separately.

Basic Problems of an Economy – #1 – What to Produce?

What does a society do when the resources are limited? It decides which goods/service it wants to produce. Further, it also determines the quantity required. For example, should we produce more guns or more butter? Do we opt for capital goods like machines, equipment, etc. or consumer goods like cell phones, etc.? While it sounds elementary, society must decide the type and quantity of every single good/service to be produced.

Basic Problems of an Economy – #2 – How to Produce?

Hence, society must choose between the techniques to produce the commodity. Similarly, for all goods and/or services, similar decisions are necessary. Further, the choice depends on the availability of different factors of production and their prices. Usually, a society opts for a technique that optimally utilizes its available resources.

Basic Problems of an Economy – #3 – For whom to Produce?

Think about it – can a society satisfy each and every human wants? Certainly not. Therefore, it has to decide on who gets what share of the total output of goods and services produced. In other words, society decides on the distribution of the goods and services among the members of society.

Basic Problems of an Economy – #4 – What provision should be made for economic growth? 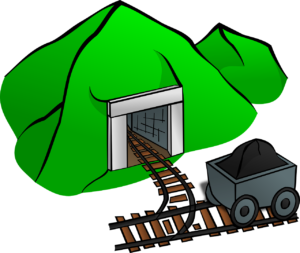 Solved Question on Basic Problems Of An Economy

Q1. What are the four basic problems of an economy?

Answer: The four basic problems of an economy, which arise from the central problem of scarcity of resources are: