Essentials of a Valid Contract

A contract that is not a valid contract will have many problems for the parties involved. For this reason, we must be fully aware of the various elements of a valid contract. In other words, here we shall ponder on all the ramifications of the definition of the contract as provided by The Indian Contract Act, 1872.

The Indian Contract Act, 1872 itself defines and lists the Essentials of a Contract either directly or through interpretation through various judgments of the Indian judiciary. Section 10 of the contract enumerates certain points that are essential for valid contracts like Free consent, Competency Of the parties, Lawful consideration, etc.

Other than these there are some we can interpret from the context of the contract which is also essential Let us see. 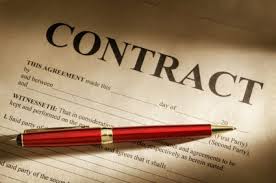 A Valid Contract must involve at least two parties identified by the contact. One of these parties will make the proposal and the other is the party that shall eventually accept it. Both the parties must have either what is known as a legal existence e.g. companies, schools, organizations, etc. or must be natural persons.

For Example: In the case State of Gujarat vs Ramanlal S & Co. – A business partnership was dissolved and assets were distributed among the partners as per the settlement. However, all transactions that fall under a contract are liable for taxation by the office of the State Sales Tax Officer. However, the court held that this transaction was not a sale because the parties involved were business partners and thus joint owners. For a sale, we need a buyer (party one) and a seller (party two) which must be different people.

Some contracts have special conditions that if not observed would render them invalid or void. For example, the Contract of Insurance is not a valid contract unless it is in the written form.

Similarly, in the case of contracts like contracts for immovable properties, registration of contract is necessary under the law for these to be valid.

5] Possibility Of Performance Of an Agreement

Suppose two people decide to get into an agreement where a person A agrees to bring back the person B’s dead relative back to life. Even when all the parties agree and all other conditions of a contract are satisfied, this is not valid because bringing someone back from the dead is an impossible task. Thus the agreement is not possible to be enforced and the contract is not valid.

Consent is crucial for an agreement and thus for a valid contract. If two people reach a similar agreement in the same sense, they are said to consent to the promise. However, for a valid contract, we must have free consent which means that the two parties must have reached consent without either of them being influenced, coerced, misrepresented or tricked into it. In other words, we say that if the consent of either of the parties is vitiated knowingly or by mistake, the contract between the parties is no longer valid.

7] Competency Of the Parties

Let us see these qualifications in detail:

Quid Pro Quo means ‘something in return’ which means that the parties must accrue in the form of some profit, rights, interest, etc. or seem to have some form of valuable “consideration”.

In Section 23 of the Act, the unlawful considerations are defined as all those which:

These conditions will render the agreement illegal.

Q: A agrees to help B build his house since they are friends. Is this a contract?