There have to be two parties to a contract, who willingly and knowingly enter into an agreement. But how does the law determine if the parties are both these things? This is where the concept of free consent comes in. Let us learn more about free consent and the elements vitiating free consent.

Now Free Consent has been defined in Section 14 of the Act. The section says that consent is considered free consent when it is not caused or affected by the following,

Let us take a look at these elements individually that impair the free consent of either party.

Coercion means using force to compel a person to enter into a contract. So force or threats are used to obtain the consent of the party under coercion, i.e it is not free consent. Section 15 of the Act describes coercion as

For example, A threatens to hurt B if he does not sell his house to A for 5 lakh rupees. Here even if B sells the house to A, it will not be a valid contract since B’s consent was obtained by coercion.

Now the effect of coercion is that it makes the contract voidable. This means the contract is voidable at the option of the party whose consent was not free. So the aggravated party will decide whether to perform the contract or to void the contract. So in the above example, if B still wishes, the contract can go ahead.

Also, if any monies have been paid or goods delivered under coercion must be repaid or returned once the contract is void. And the burden of proof proving coercion will be on the party who wants to avoid the contract. So the aggravated party will have to prove the coercion, i.e. prove that his consent was not freely given.

Who Performs the Contract?

The section also further describes how the person can abuse his authority in the following two ways,

Say for example A sold his gold watch for only Rs 500/- to his teacher B after his teacher promised him good grades. Here the consent of A (adult) is not freely given, he was under the influence of his teacher.

Legality of Object and Consideration 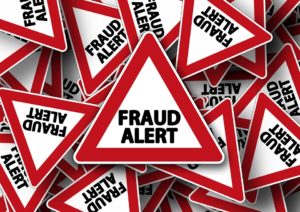 Fraud means deceit by one of the parties, i.e. when one of the parties deliberately makes false statements. So the misrepresentation is done with full knowledge that it is not true, or recklessly without checking for the trueness, this is said to be fraudulent. It absolutely impairs free consent.

So according to Section 17,  a fraud is when a party convinces another to enter into an agreement by making statements that are

Let us take a look at an example. A bought a horse from B. B claims the horse can be used on the farm. Turns out the horse is lame and A cannot use him on his farm. Here B knowingly deceived A and this will amount to fraud.

One factor to consider is that the aggravated party should suffer from some actual loss due to the fraud. There is no fraud without damages. Also, the false statement must be a fact, not an opinion. In the above example if B had said his horse is better than C’s this would be an opinion, not a fact. And it would not amount to fraud.

The last factor of mistake will be covered by the next article.

Q: What are the effects of fraud on a contract?

Ans: When a contract is entered into via fraud, the defrauded party can