There are two rules that apply to the doctrine of judicial precedents: 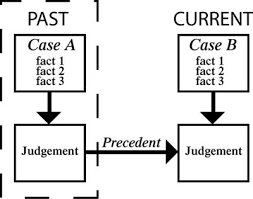 As John William Salmon explained, a declaratory precedent is one where there is only application of an already existing rule in a legal matter.

In an absolutely authoritative precedent, the judges have to compulsorily follow the judicial decision of the precedent in a case of law.

In other words, even if the judge finds the precedent to be a wrong judgment, he is legally bound to give the same judicial decision.

For e.g. – Every court in India is absolutely bound by decisions of courts superior to itself because of hierarchy.