Mercantile law is a very general term which encompasses the whole collection of business laws. The most important aspect of any business transaction is the agreement between the two parties, which is either implied or expressed. Mercantile Law was the name given to that law which evolved in England from the years of customs and rules between businessmen and traders relating to their transactions, which evolved over the years. It gradually became part of the Common Law of England.

Before the year 1872, business transactions were regulated by the personal law of individuals who were in involved in legal matters. During 1872, the Indian Contract Act was brought into existence, which codified and recognised unified principles of mercantile law. Since then, many Acts have been introduced to regulate transactions that relate to monetary transactions, partnerships, the sale of goods, etc. 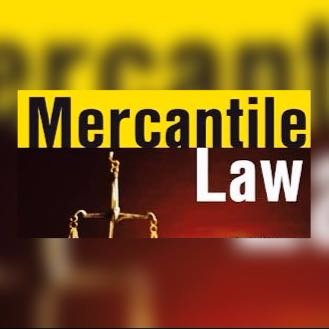 The sources of Indian Mercantile Law constitute of the following:

The Indian mercantile law is heavily based on the English one. Although, necessary changes made to suit the context of Indian conditions, local customs, and rules.

It is very dependent on English mercantile Law, as even now, in the absence of laws relating to any matter in the Indian law, the courts use English law to make their decisions.

The major acts that have been enacted by the Indian legislation which are related to mercantile law are:

In terms of business law, judicial decisions or precedents are past decisions of the court that are used to solve cases with similar characteristics, where there is a conflict of interest and no clear judgment can be made.

A very large part of Indian Law has finally been codified. However, many Indian statutes make special provisions. Thus, the effect of rules laid down in a particular act is conditional to any special custom or usage of trade.

Let’s try and understand this with an example. Section 1 of the Negotiable Instruments Act, 1881 says this. ‘Nothing herein contained…affects any local usage relating to any instrument in any local language’.

Which of the following Act relating to Mercantile Law was enacted during the year 1872?

Answer: 1. The Indian Contract Act was the Act that was enacted during the year 1872.