Table of content
1 What is Atomic Mass?
1.1 Atomic Mass Formula
1.2 Atomic Mass on the Periodic Table
1.3 Sum of a Single Atom’s Protons and Neutrons
1.4 Weighted Average of an Element’s Atoms
1.5 Solved Example For You

What is Atomic Mass?

This article deals with atomic mass formula. Atomic mass refers to the sum of the masses of an atom’s protons, neutrons, and electrons. Furthermore, atomic mass can also refer to the average mass in a group consisting of atoms. Also, electrons have much lesser weight than both protons and neutrons. Consequently, electrons don’t really matter in the calculation. Therefore, atomic mass effectively is the sum of masses of neutrons and protons. 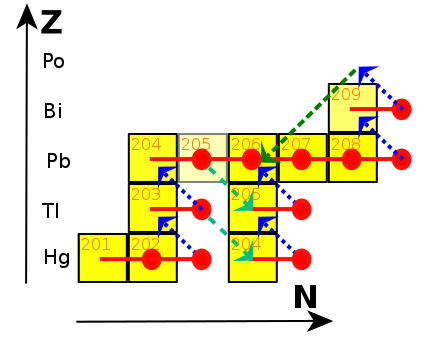 An element’s atomic mass happens to be equal to the weighted average of the isotopes belonging to that element. Furthermore, isotopes refer to atoms having the same atomic number but the number of neutrons differs. Moreover, the number of protons is the determinant of an atom’s identity. Also, isotopes consist of atomic numbers that are identical. So, atoms belong to the same element. The number of neutrons is not equal which means that isotopes will not be the same. Most noteworthy, the measurement of atomic mass takes place in atomic mass units (amu). Here, one amu will be roughly equivalent to a single proton or neutron’s mass.

One can derive the atomic mass by multiplying it with the isotope’s mass by its relative abundance. Afterward, one must add the individual masses together.

Atomic Mass on the Periodic Table

For example, If one is required to tell the atomic mass of carbon, one would first understand its symbol, C. Now, one must certainly search for C on the periodic table. Furthermore, one number is carbon’s atomic number or element number. Most noteworthy, the atomic number will increase as one goes across the table. This is certainly not the value you want. The atomic mass or atomic weight happens to be the decimal number, The number of important figures varies in accordance with the table, but the value is around 12.01.

Sum of a Single Atom’s Protons and Neutrons

In order to calculate the atomic mass of a single atom of an element, one must add up the mass of protons and neutrons.

Weighted Average of an Element’s Atoms

Answer- In order to find out the atomic mass of chlorine, each isotope’s atomic mass must be multiplied with the relative percentile abundance and then individual masses must be added together.