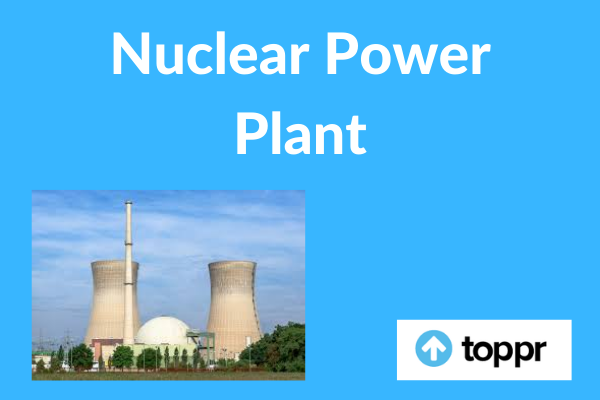 What is a Nuclear Power Plant?

Nuclear plants are generally known to be base-load stations since fuel is a minor part of the cost of production and cannot dispatch easy or rapidly. They are the most ideal as base-load power suppliers because their maintenance, operating, and fuel cost are at the lower end of the spectrum. However, the cost of proper long-term storage of radioactive waste remains uncertain. It is a thermal power station where a nuclear reactor is the primary heat source.

Apart from the source of heat, nuclear power plants are very identical to coal-fired power plants. However, different safety precautions are necessary as the use of nuclear fuel has significantly different properties than coal or other fossil fuels. They derive their thermal power by splitting the nuclei of atoms in their reactor core, with uranium being the dominant fuel option in the world today. Thorium also has potential application in nuclear power generation, but it is currently not in use.

The world’s first full-scale power plant responsible only for electricity production was also to manufacture plutonium. The Shippingport Atomic Power Station in Pennsylvania, USA, was connected to this grid on 18 December 1957.

The core of the reactor comprises all the nuclear fuel, which produces all the heat. It also contains low-enriched uranium (<5 per cent U-235), control systems and structural materials. The core can consist of hundreds of thousands of individual fuel pins.

The coolant is a material that passes through the core, transporting heat from the fuel to the turbine. That could be water, heavy water, sodium liquid, helium, or something similar. Water is the usual coolant in the US fleet of power reactors.

The turbine converts heat from the coolant to electricity, just as it does in a fossil fuel plant.

Containment is the structure that separates the reactor from the environment. These are typically dome-shaped, made from steel-reinforced and high-density concrete.

Some plants require cooling towers to dump excessive heat that cannot convert into electricity due to the thermodynamics laws. These are known as the hyperbolic icons of nuclear energy. They produce only clean water vapours.

The conversion of electricity takes place indirectly, as in standard thermal power stations. The fission of the nuclear reactor heats the coolant of the reactor. Depending on the type of reactor, the coolant may be water or gas, or even liquid metal. The reactor coolant then goes to a steam generator which heats up water to create steam. Pressurized steam is then commonly fed to a multi-level steam turbine.

Once the steam engine has extended and partly condensed the steam, the remaining vapour condenses into a condenser. The condenser is a heat exchanger that connects to a secondary side, such as a river, lake or cooling tower. The water then drains back into the steam engine, and the cycle starts again. The water-steam cycle refers to the cycle of the Rankine.

Nuclear reactors mostly depend on uranium to fuel a chain reaction. Uranium is a heavy metal that is common on Earth. It is present in both seawater and most rocks. Naturally occurring uranium is present in two distinct isotopes: uranium-238, which accounts for 99.3 per cent, and uranium-235, which accounts for only 0.7 per cent. Isotopes are atoms of the same material with a different number of neutrons. Thus, U-238 consists of 146 neutrons, and U-235 consists of 143 neutrons.

Since nuclear fission generates radioactivity, a protective shield surrounds the core of the reactor. This containment absorbs radiation and prevents the release of radioactive material into the atmosphere. The aim of the steam turbine is to transform the heat stored in the steam into mechanical energy.

An electrical generator transforms the mechanical power of the turbine into electrical energy. It uses low-pole AC synchronous generators with high rating capacity. The cooling system eliminates heat from the reactor core and transfers it to other parts of the station, where thermal energy is useful in generating power to perform other similar tasks.

The PWR uses regular simple water as a coolant. The cooling water is held at very high pressure so that it does not boil. It passes through a heat exchanger, shifting heat to a secondary coolant loop, which then rotates the turbine. They use oxide fuel pellets stacked in zirconium tubes. They could burn thorium or plutonium as well.

The BWR is similar to the PWR in several ways. Although they only have one coolant loop. The hot nuclear fuel boils water as it passes through the top of the reactor, where the steam goes to the turbine to rotate it.

Such reactors use sodium liquid metal as a cooling agent. Sodium is heavier than hydrogen, which allows neutrons to pass at faster speeds (hence fast). They can use metal or oxide fuel and burn a wide range of fuel.

MSR is nuclear reactors that use liquid fuel in the form of extremely hot fluoride or chloride salt rather than solid fuel found in most reactors.

HTGRs use small fuel pellets that are either hexagonal or larger pebbles. Gas, like helium or carbon dioxide, passes into the reactor efficiently to cool it.

Q.1. How is nuclear energy created?

Answer. Nuclear power generation is essentially similar to other forms of conventional power generation, such as coal, natural gas, and oil. Many of these sources of energy are known as “thermal” energy sources. Oil, coal or natural gas burns to boil water or to create hot gases.  It uses high pressure of boiled water, steam, or gases to turn the electrical turbine to produce electricity.

Q.2. How can we use nuclear energy?

Q.3. Which is the largest Nuclear Power Plant in the world?