Certain compounds such as coordinates have an identical formula but different properties and different structure. Even though they have the same formula they carry different color. You might be wondering which are these compounds. To know more about isomerism in coordination compounds, let’s dig deep into this interesting topic in the section below.

A metal ion in a solution cannot exist in isolation but in combination with ligands such as solvent molecules or simple ions that form complex ions or coordination compounds. These complexes have a central atom or ion which is often a transition metal.

These complexes also have a cluster of ion or neutral molecules surrounding ligands that bond with a coordinated bond to a central metal atom or ion. Ligands act as Lewis bases (electron pair donor) or as Lewis acids (electron pair acceptor).

The ability of metallic elements to act as Lewis acids that form metal complexes with a variety of Lewis bases is their most important property. A metal complex has a central metal atom or ion that bonds to one or more ligands. These are the complex ions. A coordinate compound contains one or more metal complexes.

Why are Coordination Compounds Important?

Mentioned below are three reasons explaining why coordination compounds are essential.

Isomers are two or more different compounds having the same formula. There are two principal types of isomerism in coordination compounds:

Stereoisomers are the isomers that have the same atoms, the same set of bonds that differ only in the relative orientation of these bonds. These are subdivided as follows: What are Structural Isomers?

Structural isomers are the isomers that have the same molecular formula, that differ in the bonding patterns and atomic organization. Structural isomerism is subdivided as below: 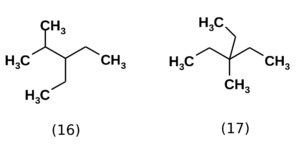 Here the compounds contain complex anionic and cationic parts occurring by the interchange of some ligands from the cationic part to the anionic part. For example,

Here, isomers occur because of the formation of different ions in a solution. For example,

However, both anions are necessary to balance the charge of the complex. Moreover, the difference in both isomers is one ion directly attaches to the central metal but the other does not.

A well-known and the best example of this isomer is chromium chloride, Cr Cl3.6H2O, which may contain 4, 5, or 6 co-ordinate water molecules.

Question: What are the applications of coordination compounds?