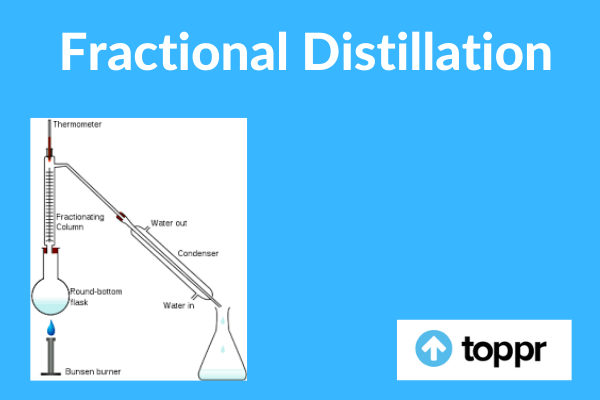 The Procedure of Fractional Distillation

The separation of various components of crude oil is one of the very common examples of fractional distillation in the industry. Paraffin wax, diesel, lubricating oil, gasoline, kerosene and naphtha are the substances that crude oil contains.  The separation of these components takes place productively with the help of the distillation process.  Crude oil is put in the chamber and is given heat along with high-pressure steam. As a result, the mixture starts to boil and thus the formation of vapour takes place. At this particular point, various substances start entering the vapour phase. The vapour then rises up the fractional distillation column consisting of several plates.

The plates consist of holes that allow the vapour to pass through. At the top of the fractionating column, the temperature is low. We find that components that have the highest boiling point condense in the lower part of the column, on the other hand, the substance with a low boiling point condenses at the top. From the sides of the column, the vapours or liquid fractions are removed. Later, the liquid fractions are further in process in the condensers to cool them even more.

Q1. What do you understand by Industrial distillation?

Answer. As we know that fractional distillation is one of the popular separation techniques in industries, hear the principle For the process remains the same, but only the distillation takes place on a larger scale. Huge vertical cylindrical columns,“ distillation or fractionation Towers“ or “ distillation columns“ are in use. The complete separation of the mixtures is taken care of by these industrial towers which use reflux.

Q2. The fractional distillation method is in use for which type of liquids?

Answer. Those liquids, which possess nearly the same boiling points, which means their boiling point is not very high. Such liquids are in use in this method.

Q3. List the various methods which consist in the purification process.

Answer. The methods are