Rehan lives in an apartment where there’s no proper supply of water and hence he’s dependent on tap water. Every day in the morning after he wakes up and before he goes to sleep; he has to boil the tap water; wait for it to cool down and then drink it. But why does he do so? Isn’t tap water purified enough? If so, then what’s the reason behind it? ‘Pollution of Water’- there’s is a no better explanation to these questions than this.

It’s because of the pollution of water that makes Rehan suffer so much. Water levels on earth’s surface are already depleting and in the very near future, there shall be wars over water. So what can we do to prevent it? Let us find solutions to this problem below.

Table of content
1 Suggested Videos
2 Pollution of Water
3 What can be done?
4 Solved Example for You

One can survive without food, but one cannot survive without water; this is a fact that stands true at all costs. Water can revive a dead man alive; that’s how precious water is for our lives. Once upon a time, water all over the world was so clean that you could even drink it from a river without the use of any purifiers. Sadly that’s not the case anymore; when looked closely, one can see the amount of water pollution being spread in waters all over the world.

Pollution of Water can be defined as contamination caused in water due to the presence of highly toxic and unwanted pollutants in water, that risk the marine life and human life at large.

Every day thousands of kids die due to diarrhea caused by the polluted water. Every day there’s one species of animals/marine life goes extent due to water pollution and this rate just keeps increasing as the days go on and there’s only so much we can do. How do you think are tsunamis caused? Or why has the rate amount of floods increased?

What can be done? 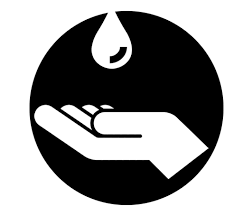 The rate at which water levels are decreasing day by day; soon there shall be no water left. Some of the nations have started their work on prevention of water already and it’s time we do our bit too. Because only then can we preserve water for us and the future generation. Every small step taken can lead to big wonders. Here are few steps you can take to preserve water:

a. Do not pour the leftovers from food or any other kind of wastes in the drainage.

b. Have the rivers, ponds or lakes cleaned up regularly around you.

c. The water released from the households should be treated properly in order to make them safe environmentally. Sewage treatment should be done regularly to ensure contaminated water doesn’t pollute the natural surroundings near you. Encourage the use of pit toilets.

d. It’s mandatory for factories to treat its effluent wastes before releasing it down the drainages.Other than effluent wastes, toxic materials are also released by the factories; therefore they are expected to treat these materials chemically which will then turn them into harmless materials and only then are they permitted to be released in water bodies.

e. Recycle unused, dirty or unwanted water instead of wasting it, like using it for watering plants, releasing it into farming fields etc.

f. Create awareness about water pollution as much as possible whenever and wherever possible.

g. Never keep the water running. Always close the taps after use.

h. Do not pour harmful materials like insecticides into the water.

i. One should encourage the use of organic substances.

Q. The term water-pollution can be defined in several ways. Which of the following statements does not give the correct definition?

a. The addition of undesirable substances to water-bodies.

b. The removal of desirable substances from water-bodies.

c. A change in the pressure of the water bodies.

d. A change in the temperature of the water bodies.

Sol: c. A change in the pressure of the water bodies.