People earlier would store their water in earthen pots to keep the water clean and cold. People then moved on to filters and now it’s the age of water purifiers. Yet there are places where people don’t have an access to ‘Potable water’. Though what is potable water? How can one purify water so people who don’t have access to clean water can still have clean water? Let us study this in the section below.

Table of content
1 Suggested Videos
2 What is Potable Water?
3 How is Water Purified?
3.1 Browse more Topics under Pollution Of Air And Water
3.2 Chlorine:
3.3 Treatment of water using iodine:
3.4 Use of Solar Energy to purify water:
3.5 Solar Distillation:
3.6 Reverse Osmosis:
3.7 Sedimentation:
4 Solved Example for You

What is Potable Water?

Only 10% of the water on this planet is free of water pollution, yet access to this water is limited. And the water which is accessible is called as ‘Potable Water‘, but is sadly divided amongst millions and millions of people on this planet.

Therefore potable water is defined as the water that can be considered safe for drinking. Potable water which is available has already passed through the water purification process by factories or by treating it with chemicals to remove the harmful microorganisms. 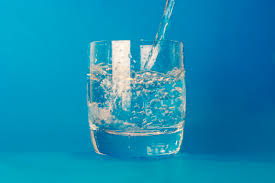 Although the question remains; can the water potable water made available by the factories actually considered potable? Is the water really free of water pollutants? The answer to which is a huge mystery. That is why a majority of the Indian households prefer to boil the water that’s in their homes; even though it’s potable.

Here, again another question arises as to what about the places that do not have access to potable water? And at times they don’t even have access to basic amenities like fire. These places depend on the water bodies nearby or underground water which is one of the most natural forms of potable water.

How is Water Purified?

Imagine, there’s a ban on water producing factories and there’s no more access to ‘clean and fresh’ water? How does one purify it? You’d probably answer this- ‘by boiling the water’ and you’re right. But what if we can’t always boil it?

Water purification is also done using household liquid chlorine bleach. This kind of bleach contains 5-6% of chlorine which is enough to kill the harmful disease-causing bacteria and viruses. But while using this one needs to keep in mind about the expiration date of the bleach being used and should be used in little quantity only.

Water purification is also done using iodine; since iodine kills most of the hazardous microorganisms present in freshwater sources.

Use of Solar Energy to purify water: 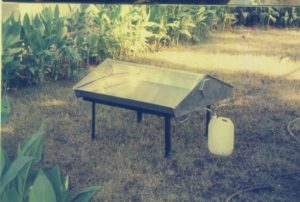 Solar water distillation is done using sun’s heat. It is done by placing makeshift that can be made by using readily available materials, over a small pit in the ground from where the purification of water happens.

Reverse Osmosis is the removal of inorganic materials such as salt from a solution by the applying osmotic pressure. This is a method universally used by water purifier companies and for purification of seawater.

Sedimentation is a water treatment process wherein is used gravity to remove suspended materials from the water. This method is primarily used for sewage treatment.

There are so many other ways to purify water. Can you list some more?

Q. The method used for purification of water for chemical purposes is:

The method used for purification of water for chemical purposes is distillation. It involves selective boiling and condensation to remove the impurities.