In view of the coronavirus pandemic, we are making LIVE CLASSES and VIDEO CLASSES completely FREE to prevent interruption in studies
Biology > Control and Coordination > Coordination in Plants

You see plants all around you. But, are they of the same size or height? Of course not! You see big trees, medium-sized shrubs, and even plant saplings.  This tells us that plants exhibit some growth changes as well as some movements. This coordination in plants is attributed to the presence of plant hormones. Unlike animals, plants do not have any muscular system or nervous system. But, they are still able to show movement and also coordination. These movements are always controlled and not haphazard. Let us learn more about coordination in plants.

What is coordination in plants?

Coordination is the ability to use different parts of the plant together, smoothly and efficiently. In plants, coordination is due to the result of a chemical system, wherein plant hormones or phytohormones have a major role.

These can be classified again into 5 types. They are:

Nastic movements in plants are not directional movements. They are not dependent on stimulus and are growth independent. For example, the leaves of a touch me not plant (Mimosa pudica), fold up immediately when touched. These kinds of changes occur due to the changes in the amount of water in the leaves. Depending on the quantity, they either swell up or shrink. 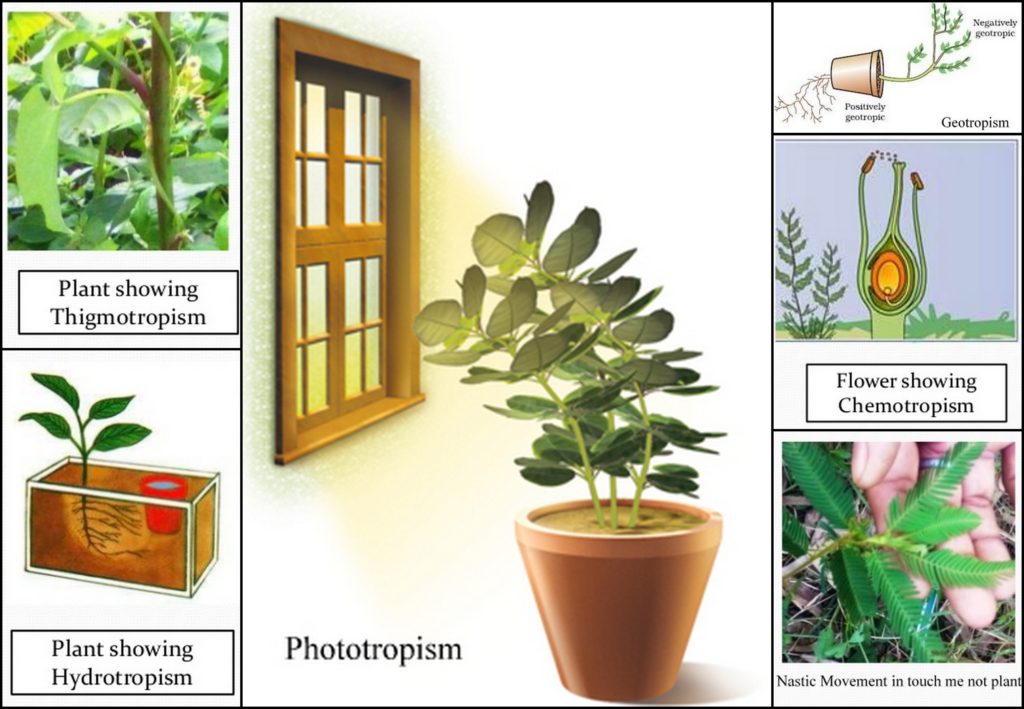 They are responsible for the control and coordination of plants. There are different types of hormones, which affect the growth of a plant. Phytohormones are chemical compounds which are released by stimulated cells. These hormones are diffused around the plant cells. They have a role to play in the cell division, cell enlargement, cell differentiation, fruit growth, falling of leaves, ripening of fruits, ageing of plants etc.

The different types of phytohormones are:

Gibberellins – These hormones are responsible for the cell growth in the stem, seed germination, and flowering.

Cytokinins – They promote cell division in plants. They also promote the opening of the stomata and delay ageing in leaves.

Abscisic acid – This hormone inhibits the growth of the plant. And therefore, it promotes dormancy in seeds and buds. The detachment of fruits, flowers, and falling of leaves etc. are promoted by this hormone.

Q: Name a plant hormone that promotes growth? How does it promote the growth of a tendril around a support?

Solution: Auxins promote growth in plants. They are synthesized in the shoot tips of the plant. When a plant tendril comes in contact with a support, the auxins at the tip of the tendril stimulate faster growth of cells, thus making the tendril grow faster and have a coiled appearance.

Share with friends
Previous
How does water get polluted?
Next
What is Potable Water and How is Water Purified?