During your visits to a bank or a financial institution, you may have noticed a special counter for foreign exchange services. You may have also observed an LED screen or a notice board displaying the exchange rates for various currencies. So, who determines these rates? Well, this is where exchange rate systems come into play. Let us know what fixed exchange rate is. 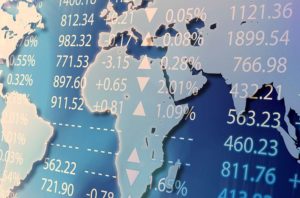 Let’s now understand how this affects a country’s trade. If a country’s currency value depreciates against other currencies, it means that they will have to pay more for imported goods. Consequently, the imported goods become more expensive. In such a case, buyers will shift to domestic goods. And the demand for the same imported goods will decrease, which converts the country’s balance of trade to a surplus. This surplus then increases the domestic currency’s value as against other currencies in the foreign exchange market.

One of the advantages of a floating exchange rate system is that it is self-regulating. The exchange market by itself controls any major changes in demand and supply. However, this system’s disadvantage is that it is unpredictable. While trading, buyers and sellers from different countries will have to also consider exchange rate fluctuations.

In a managed float system, governments and banks occasionally participate in the trade of currencies in a bid to control the price of their currency. This may happen only when the governments of countries that follow a free-floating exchange rate system want to prevent sudden major swings in the value of their currencies.

For instance, if a currency’s value is increasing rapidly and there is a consequent reduction in exports, then that country’s government may then intervene to reduce its currency’s value to ensure that the trade is not affected.

The advantage of this system is that a country can remove the unpredictability factor providing more opportunities to its importers and exporters. Following a fixed exchange rate system would help in keeping the exchange rate steady. However, it would require the country to maintain large reserves of the foreign currency it pegs its domestic currency’s rate too. A disadvantage of the fixed exchange rate system is that the country will not be able to adjust its interest rates as needed.

Q: In which exchange rate system is the currency rates influenced by demand and supply factors?

Ans: The correct answer is option “a”. Demand and supply factors in the foreign exchange market determine currency values in a free-floating exchange rate systems.