The rate at which the currency is exchanged for another currency is known as an exchange currency. In other words, the value of other country’s currency when compared with our own is the exchange rate. This is mostly useful while traveling. Because you require ‘local currency’ for purchasing and other activities. Learn Types of Exchange Rate here. 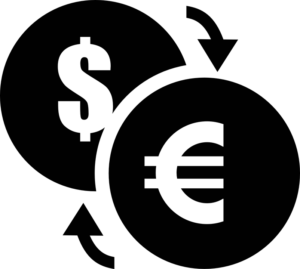 An exchange rate is a right way through which an authority manages their own currency with respect to other currencies. Thus, it is like the price that you pay for an asset. Here, the only difference is the price that you use to buy that currency.

The basic type of exchange rate is called a floating exchange rate. In this, the movements in the currency are dictated by the market. Also, there is pegged currency, where the central bank keeps the rate from differentiating too much.

There is a third one which is known as the fixed exchange rate. This type of currency is tied up with other currencies and is mostly used for euro or US dollar and another bunch of currencies.

The rates that are directly convertible towards other currencies are called fixed rate. Also, in case of a different currency, there is a currency board arrangement where it is backed by the domestic currency against one to one foreign reserves.

The countries falling under this have abandoned their own currency in favor of other country’s currency. Also, they have very small bands which are less than 1%.

The most common regime today that is adopted in most countries are floating exchange rates. Mostly used yen, dollar, Euro, and British pound are the different types of currencies that fall under this category.

Also, in this case, central banks of the respective countries intervene frequently in order to avoid deprecation or appreciation. These regimes are many times managed float or dirty float.

Pegged float – These types of currencies are pegged against some value or bands. They are adjusted either periodically or fixed. Pegged floats are also considered as crawling bands.

Crawling band is the rate at which it is allowable to fluctuate around a central value in a band. Also, this is adjusted periodically. So, it is done in a controlled way or at a preannounced rate. Both of these follow certain economic indicators.

Crawling pegs are the rate that is in itself fixed. It is adjusted as mentioned above. When the rates are pegged at horizontal bands than the band is allowed to fluctuate bigger than 1% although in a fixed rate. This fluctuation happens around the central rate.

Dollarization is a term used when the citizens of a country use foreign currency in relation to their own currency. This term is not only correlated to US dollars. It is used generally when one uses foreign currency as a national currency. One of the best examples of this is Zimbabwe.

Q. The Indian currency-issue system is based on which of the following system?