A consumer is an important participant in the market. In case of consumer exploitation, the rights of the consumer must be protected. There are six consumer rights as mentioned in the regulatory Consumer Protection Act of 1986. The concept of consumer protection and the meaning of the rights is explained in simple terms in this lesson.

Who is a Consumer?

A person who buys a good or service for his own personal use and not for further manufacture is called a consumer. Consumers play an important role in the market. The market for a good or service constitutes all the consumers and producers of that good or service. If there is no consumer, producers will have no one to provide the good.

However, there are regularly reported cases of exploitation of the consumer. Often less than the actual weight of foodstuff is sold to consumers, or many retailers sell products that are not certified. Many cases happen where more than the market price is charged to the consumer. In the light of this, consumer protection holds an important role.

Till the 1960s, India was plagued with cases of black marketeering, hoarding, inadequate weighing and food adulteration. These were problems that affected the well-being of the consumer and amount to consumer exploitation.

The consumer movement began in the 1960s and gained momentum in the 1970s. Consumer dissatisfaction started to be demonstrated through the written word and in articles and newspapers. 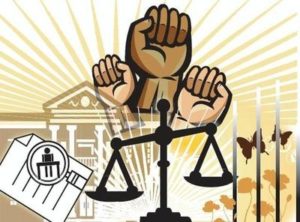 Source: The Times of India

The level of dissatisfaction with sellers and manufacturers and their practices resulted in consumers raising their voice. Resultantly, the government decided to give recognition to consumer protection by enacting the Consumer Protection Act on 24th December 1986. The Act was aimed at protecting the rights of the consumers and ensuring free trade in the market, competition and accurate information to be available. This day is now observed as National Consumers’ Day.

There are six broad consumer rights defined as per the Consumer Protection Act, 1986. These are:

The Consumer Protection Act defines this right as a protection against goods and services that are ‘hazardous to life and property’. This particularly applies to medicines, pharmaceuticals, foodstuffs, and automobiles. The right requires all such products of critical nature to life and property to be carefully tested and validated before being marketed to the consumer.

The consumer must have the right to choose between different products at competitive prices. Thus, the concept of a competitive market where many sellers sell similar products must be established to ensure that the consumer can actually choose what to consume and in what quantity. This is to avoid monopoly in the market.

Right to be Heard

The purpose of this right is to ensure that the consumer gets due recognition in consumer courts or redressal forums. Basically, when a consumer feels exploited, he has the right to approach a consumer court to voice his complaint. This right gives him/her due respect that his/her complaint will be duly heard. The right empowers consumers to fearlessly voice their concerns and seek justice in case they are exploited.

Consumers must be aware of their rights and must have access to enough information while making consumption decisions. Such information can help them to choose what to purchase, how much to purchase and at what price. Many consumers in India are not even aware that they are protected by the Act. Unless they know, they cannot seek justice when they are actually hurt or exploited.

Question: What is the need for consumer awareness?

Answer: Consumer awareness is important to educate consumers about their rights. It is required to remove illiteracy and lack of education regarding the rights that enhance the status of consumers and protect them from exploitation. It allows them to be less ignorant of their rights and seek redressal if they are exploited by sellers, retailers or manufacturers in the market.

GIVE THE REAL LIFE CASES ON RIGHTTS ON CONSUMERS

GIVE THE REAL LIFE CASE ON RIGHTS ON CONSUMERS