As we have seen already, chemistry plays an important role in almost every aspect of our lives. One such field which is of immense importance is medicinal chemistry. Medicinal chemistry deals with the development of pharmaceuticals and medicines and drugs. Today we will learn about drugs, and specifically the classification of drugs. Let’s get started.

Table of content
1 Suggested Videos
2 What are Drugs?
3 Classification of Drugs
3.1 Based on Pharmacological Effects
3.2 Based on Drug Action
3.3 Based on Chemical Structure
3.4 Based on Molecular Targets
4 Solved Question for You

Any chemically designed substance which is used to cure, treat, prevent or diagnose any disease in humans or animals as well is known as drugs. If a chemically created agent promotes physical and mental well being, then that can also be classified as a drug or a pharmaceutical agent. Basically, they alter the physiology of the host’s body.

Chemically synthesized drugs have a low molecular mass and low atomic mass as well. When consumed, drugs enter the body and interact with macromolecules and generate some form of biological response. When this response is positive, desired and useful then such chemicals come to be known as medicines.

One important factor to remember, drugs in large doses are considered poison. They can create toxic reactions in the body and cause serious damage, even death. Certain drugs can also be addictive and lead us to form bad habits. And there are certain drugs that are so very harmful, they have been deemed illegal by most societies. Let us now understand the classification of drugs. 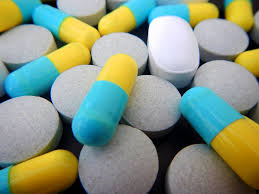 A drug of any type can be classified into four broad categories. Let us study these categories in some detail.

Based on Pharmacological Effects

Pharmacology is the field of science that focuses on the study of drugs and their reactions in the human body. A drug creates a pharmacological effect, i.e. the effects of a drug on the human body. This effect will cure what is ailing the body and have a positive biological response.

So they are classified on the basis of what kind of effect they have in the body. For example,

So any drug in the same category can have many compositions, dosages and brand names. But the net effect will be the same

Based on Drug Action

Based on Chemical Structure

It is seen that drugs that have a similar molecular structure, have the same pharmacological effects and similar drug actions. The slight variation in their structures gives them different potential. Bt the basic skeleton of their structure remains the same. So this becomes one more way for us to classify a drug.

Based on Molecular Targets

Question: Which of the following is a medicine?

Answer: The correct option is A. Only drugs that have the desired effect of curing or preventing diseases are medicines. And in this case, Arsphenamine is a medicine used to treat infections. The other two options are narcotics, that are harmful to our health and are illegal.