Before the colonial period, India was a big player in the foreign trade. Having established itself well on the world map, pre-colonial India was blooming with opportunities. At the beginning of 19th century, the share of India in the world economy was around 20% which was steadily increasing. By the time British left India the share was reduced to around 4%. Thus the colonial rule paralyzed the foreign trade also by a large proportion.

Foreign Trade in the 17th and 18th Century

Pre-colonial India enjoyed a worldwide market for its manufactured products. The excellent levels of craftsmanship were held in high regard and enjoyed a global reputation. Notable ones are handicrafts and textile industries. Shawls and carpets from Kashmir and Amritsar, silk sarees of Benaras and silk cloth of Nagpur are some examples.

The Colonisation Effect on Foreign Trade 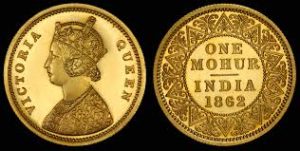 The Britishers aimed at diverting this large volume of trade for their benefits. In the light of British era, the foreign trade of India with rest of the world was cut off by the help of restrictive policies of commodity production, trade and tariff. As much as half of the foreign trade was restricted to Britain.

Before colonial period, India was exporting manufactured goods which enjoyed worldwide demand. Under the colonial rule, India was reduced to a supplier of raw materials like jute, cotton, indigo, wool, sugar etc. and importer of finished consumer goods like silk and woollen clothes and light machinery manufactured in the factories of Britain. Additionally, the opening of Suez Canal intensified this control of Britishers over Indian foreign trade.

The remaining volume of foreign trade was allowed with a handful of countries namely China, Ceylon (Sri Lanka) and Persia (Iran). Interestingly, even this trade was heavily monitored by the colonials. As a matter of fact, there was a large generation of export surplus under the British Raj.

At the same time, this export came at the cost of low productions of essential goods like clothes, food grains, kerosene etc. Resources were heavily being used to produce items for export, leading to an acute shortage of civil goods.

Additionally, there was no flow of gold or silver as a result of this surplus. Ironically, this export surplus never made its way to India. It was used to make payments for an office set up in Britain, war expenses of the British and import of invisible items. Such brutalities eventually led to the dawn of a rising foreign trade aspect of India.

Q: How was the export surplus used?

Ans: The correct option is “D”. Britishers never meant to use the surplus for Indian interests. It was used to make payments for an office set up in Britain, to meet war expenses and import invisible items.