In exams, there are questions where you to convert the indirect speech into direct speech and vice versa. Thus, students cannot afford to skip direct/indirect speech or make any mistakes in it. Because in the exam you have to attempt all the questions. 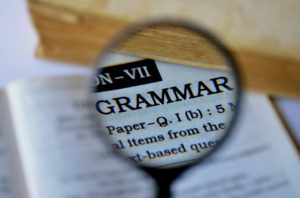 Following are the golden rule to convert the direct/indirect speech

Now, we will discuss each of these steps in detail

Step 1: Deciding the conversion and tense of the verb

So, here the rule is for all verbs to be in the corresponding past tense. Also, this is followed if the reporting verb is in the past tense. Thus, Ram said, ‘I go to the class every day’ will change to Ram said that he went to the cleverly day.

Step 2: Changes are done in the word expressing Place, Time, and Connection

Place or time mentioned in the sentence should be changed accordingly to indicate the actual time or place.

‘She was not here,’ Ramya said. She said that she was not there.

Step 3: Selection of pronoun for the object and the Subject

In this, the speaker along with the reporter is the same. So, the pronoun should be the first person which is a pronoun.

A. Rina said that she is doing well in the exams.

B. Rina said that she was not doing well in the exams.

C. Rina said that she has not done well in the exams.

Answer: B. Rina said that she was not doing well in the exams.