In this section on Para Jumbles, we will focus mainly on solved examples. This section is very common in the most prestigious exams like CAT, IBPS, SSB, RRB and many others. Hence a good understanding and practice are warranted here. Let us see!

Most of the information given in the section on parajumbles is unnecessary for the purpose at hand, i.e., sorting the sentences. In essence what we are looking for are things that can help us in connecting the sentences. Some approaches are given below to help identify the sequence of sentences. Generally, in a given parajumble more than one approach will be applicable at the same time, therefore practices identifying which approach/approaches apply to the parajumbles you have to solve. 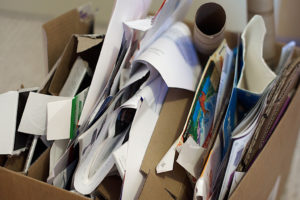 In noun/pronoun relationships, we know that the noun will come first and will be referred to later using suitable pronouns. Study the following example:

Example 2: These enormous “rivers” – quite inconstant, sometimes shifting, often branching and eddying in manners that defy explanation and prediction – occasionally cause disastrous results.
A. One example is El Nino, the periodic catastrophe that plagues the West Coast of America.
B. It is rich in life.
C. This coast is normally caressed by the cold, rich Humboldt Current.
D. Usually, the Humboldt hugs the shore and extends 200 to 300 miles out to sea.
5. It fosters the largest commercial fishery in the world and is the home of one of the mightiest game fish on record, the black marlin.

Answer: Read sentences A and C carefully. Notice the noun/ pronoun relationship between the two. Sentence A refers to “the West Coast of America” and Sentence C talks about “this coast”. Which coast? Obviously “the West Coast of America”! Therefore, Sentences A and C are related and Sentence A must come before Sentence C. Now look again. Sentence C talks about “the cold, rich Humboldt Current” and Sentence D refers to “the Humboldt” obviously these two sentences are also related. Which one should come first? Once you have decided, check the answer choices to see if you are correct. [(Option (c) ACDB)].

Full Form vs. Short Form When we introduce someone or something, we use the complete name or title. When we refer to the same someone or something later in the paragraph, we use just the surname or the first name if we are on familiar terms with the person being discussed. If we are discussing an object, we remove the modifiers and just use the noun or a pronoun to refer to it. In Parajumbles we encounter full and short names or sometimes acronyms of some term or institution.

Example 3: A. If you are used to having your stimulation come in from outside, your mind never develops its own habits of thinking and reflecting.
B. Marx thought that religion was the opiate because it soothed people’s pain and suffering and prevented them from rising in rebellion.
C. If Karl Marx was alive today, he would say that television is the opiate of the people.
D. Television and similar entertainments are even more of an opiate because of their addictive tendencies.

Answer: Sentence B has Marx (short form) and sentence C has Karl Marx (full form). So, C will come before B. Now look at the options. In option (a), (b) and (c), B is placed before C—hence, rejected. Option (d) is the right answer.

DIRECTIONS for the Questions: Sentences given in each question, when properly sequenced, form a coherent paragraph. Each sentence is labelled with a letter. Choose the most logical order of the sentences from among the four given choices to construct a coherent paragraph.

Q 2:  Commercially reared chicken can be unusually aggressive, and are often kept in darkened sheds to prevent them from pecking at each other.
A. The birds spent far more of their time — up to a third — pecking at the inanimate objects in the pens, in contrast to birds in other pens which spent a lot of time attacking others.
B. In low light conditions, they behave less belligerently but are more prone to ophthalmic disorders and respiratory problems.
C. In an experiment, aggressive head-pecking was all but eliminated among birds in the enriched environment.
D. Altering the birds’ environment, by adding bales of wood-shavings to their pens, can work wonders.
6. Bales could diminish aggressiveness and reduce injuries; they might even improve productivity since a happy chicken is a productive chicken.
A) DCAB                  B) CDBA                      C) DBAC                    D) BDCA                        [CAT – 2000]