Verbs must agree with subjects in number and in person (1st/2nd/3rd). A subject is a noun or pronoun. A verb is an action performed by the subject. In the following section, we will see many such examples of the Subjective Verb concept. We also have exercises that will help you cement the concept of Subjective Verb in a proper way.

Verbs must agree with subjects in number and in person (1st/2nd/3rd). Subjects and verbs must agree in number. This is the cornerstone rule that forms the background of the concept. For example, consider this: The dog growls when he is angry. The dogs growl when they are angry. 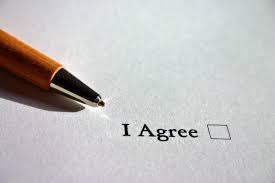 Following is a roadmap or rules that you can follow to avoid any mistakes in the Subject-Verb Agreement:

Don’t get confused by the words that come between the subject and verb; they do not affect agreement. The dog, who is chewing on my jeans, is usually very good.

Prepositional phrases between the subject and verb usually do not affect agreement. For example, The colours of the rainbow are beautiful.

When sentences start with “there” or “here,” the subject will always be placed after the verb, so care needs to be taken to identify it correctly. For example, “There is a problem with the balance sheet. Here are the papers you requested.”

Subjects don’t always come before verbs in questions. Make sure you accurately identify the subject before deciding on the proper verb form to use. For example:
Does Lefty usually eat grass? Where are the pieces of this puzzle.

If two subjects are joined by and, they typically require a plural verb form. Example: The cow and the pig are jumping over the moon.

The verb is singular if the two subjects separated by and refer to the same person or thing. For example: Red beans and rice is my mom’s favorite dish.

If the words each, every, or no come before the subject, the verb is singular. No smoking and drinking is allowed. Every man and woman is required to check in.

If the subjects are both singular and are connected by the words or, nor, neither/nor, either/or, and not only/but also the verb is singular. For example: Jessica or Christian is to blame for the accident.

The singular verb form is usually used for units of measurement. For example: Four quarts of oil was required to get the car running.

If the subjects are both plural and are connected by the words or, nor, neither/nor, either/or, and not only/but also, the verb is plural. For example:
Dogs and cats are both available at the pound.

If one subject is singular and one plural and the words are connected by the words or, nor, neither/nor, either/or, and not only/but also, you use the verb form of the subject that is nearest the verb. For example:
Do your sisters or your girlfriend want any pizza?

Indefinite pronouns typically take singular verbs. Example: Everybody wants to be loved. Except for the pronouns (few, many, several, both) that always take the plural form. For example:
Few were left alive after the flood.

If two infinitives are separated by and they take the plural form of the verb. For example:
To walk and to chew gum require great skill.

When gerunds are used as the subject of a sentence they take the singular verb form of the verb, but when they are linked by and they take the plural form. Example:
Standing in the water was a bad idea. Swimming in the ocean and playing drums are my hobbies.

Titles of books, movies, novels, etc. are treated as singular and take a singular verb. For example: The Burbs is a movie starring Tom Hanks.

Final Rule – Remember, only the subject affects the verb!

Prepositional Phrases and Why They Matter

Example: The boxes of cake mix are on the shelf.

The verb is “are,” but what is the subject? Is it “boxes” or “cake mix”? In order to figure out the subject, we must eliminate the prepositional phrase which is often times in between the subject and the verb.

Example: The boxes of cake mix are on the shelf.

Since “of” is a preposition, we ignore the prepositional phrase “of cake mix.” Therefore, “boxes” is the plural subject, which matches perfectly with the plural verb “are.”

Q 1: Everyone (has/have) done his or her homework.

Q 2. Each of the students (is/are) responsible for doing his or her work.

Q 3. Either my father or my brothers (is/are) going to sell the car.

Q 4. Neither my sisters nor my mother (is/are) going to sell the house.

Q 5. The samples on the tray in the lab (need/needs) testing.

Q 8. Neither the dogs nor the cat (is/are) very hungry.

Q 9. Either the girls or the boy (walk/walks) in the evening.

Q 10. Either the boy or the girls (walk/walks) in the evening.

Q 12. The slaughter of animals for their fur (has/have) caused controversy.

Q 13. The student, as well as his teacher, (was/were) going on the field trip.

Q 15. Both of my roommates (has/have) decided to live in the dorms.