As you are already aware, there are many rules that are followed in the English Language, especially grammar. Right from the sentence structure, tenses, voice, usage of prepositions, nouns etc. there are many rules that have to be followed. These rules are quite simple, even though at first they may appear complicated. When you follow these rules properly, you can master the English Grammar tricks with ease. In IBPS exams and many competitive exams, you will come across many questions from English Grammar. Among these, there are questions related to active and passive voice. Let us look at this topic in detail.

A transitive verb has two forms or two voices. These are the Active and passive.

The sentences in Active Voice are simple and easy to understand.

Look at the following examples:

See the structure of Active voice and Passive voice in more detail here.

Passive Voice – Here, the subject receives the action that is expressed by the verb. Therefore, we can say that the verb is in passive when the subject of the verb is acted upon.

It is generally used to show the action, which means that the focus is on the action and not the subject who does the action. Sentences in Passive Voice are not simple, as more importance is given to the action rather than the subject.

Take a look at the following examples: 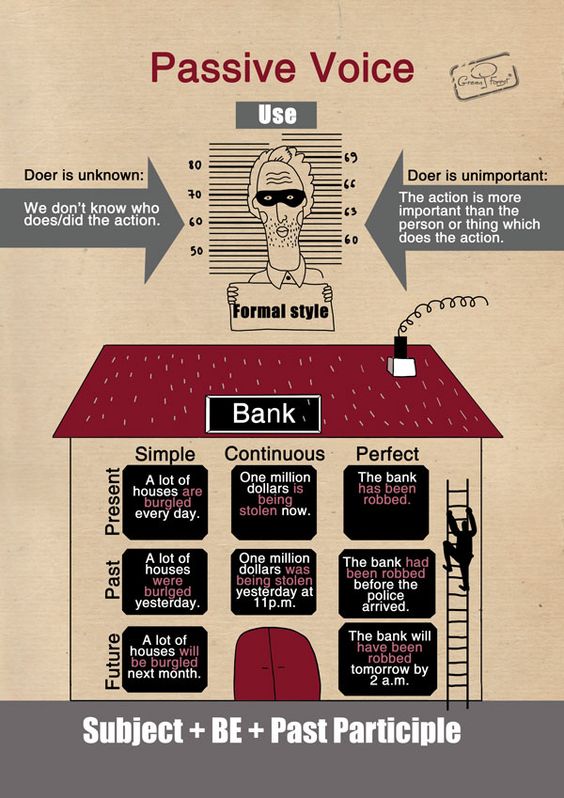 Changing the voice from Active to Passive

When a verb changes from Active Voice to Passive, the subject and object change places with each other. The past participle form of the verb is used as the main verb in passive voice.

Read the rules for changing from Active voice to Passive voice in more detail here.

Look at the following table:

Change the sentences from Active Voice to Passive Voice

Passive Voice – The food is not cooked by her.

Passive Voice – I was given flowers by Peter on my birthday.

Passive Voice – Your friend is being waited for by you.

Passive Voice – The window pane has been broken by the children.

Passive Voice – My car will have been sold by me.

In the following questions, change the Voice into Passive Voice. Choose the right option.