In these questions, an idiom is given by four alternatives. The candidate is required to choose that alternative which correctly expresses the meaning of the given idiom.

Directions: In each of the following questions, an idiomatic expression/ a proverb has been given, followed by some alternatives. Choose the one which best expresses the meaning of the given idiom/ proverb.

Q2: A fair crack of the whip

Q5: To take with a grain of salt 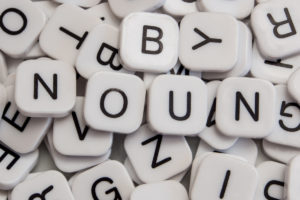 Q2: After tolerating a lot of exploitation at the hands of the authorities they finally decided to stand up for their rights.

Q3: The boss should not have called Arun names in front of others.

Q5: I have a problem to square up with the manager.

Q6: Sachin is not cut out for this kind of work.

Directions: In each of the following questions, a sentence has been given in Active (or Passive) Voice. Out of the four alternatives suggested selecting the one which best expresses the same sentence in Passive (or Active) voice.

Q1: Mona was writing a letter to her father.

A) A letter was written to her father by Mona.

B) A letter has been written to her father by Mona.

C) A letter was being written by Mona to her father.

Q2: He teaches us Grammar.

A) Grammar is taught to us by him.

B) We are being taught Grammar by him.

C) grammar is being taught to us by him.

D) We are taught Grammar by him.

Q3: Do you imitate others?

A) Are others imitated by you?

B) Are others being imitated by you?

C) Were others being imitated by you?

Q4: I saw him conducting the rehearsal.

A) He was seen conducting the rehearsal.

B) I saw the rehearsal to be conducted by him.

C) He was seen by me to conduct the rehearsal.

D) I saw the rehearsal being conducted by him.