Abraham Lincoln, the name in itself speaks volumes. He is considered the greatest president of the United States of America. Historians and Political Scientists consistently rank him as the best American president ever. Above all, the man is renowned for ending slavery in his country. This certainly created a world-wide awareness against the evil of slavery. In the realm of social reform, he is holding a lofty status. 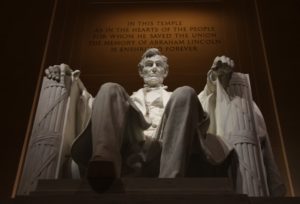 Many surveys of the Presidents of the United States have taken place. Many scholars and experts of the United States took part in such surveys. Most noteworthy, Lincoln is always ranked in the top 3 in such surveys. Furthermore, there has been an organization of Presidential ranking polls since 1948. Abraham Lincoln certainly has the top rating in most of such polls.

Probably the most famous survey was by Chicago Tribune in 1982. There was a participation of 49 Historians and Political Scientists in that survey. These experts were to rate all the United States Presidents in five categories. The categories were: leadership, crisis management, political skills, appointments, and character/integrity. As was probably the prediction of most people, Lincoln got top place. Most noteworthy, Lincoln got top place in all the categories. This shows his magnificent historical reputation.

Many social reformers view him as a champion of liberty. He has the description of a classic liberal by historians. He is a role model to liberal intellectuals and human rights organizations. Some of his avid supporters even compare his life to Jesus Christ.

Abraham Lincoln appears on many postage stamps in the United States. His image also appears on two United States currency denominations. His sculpture on Mount Rushmore is certainly a world-class memorial. Furthermore, his other memorials include Ford’s theatre, Peterson House, and Lincoln Memorial.

The United States military greatly honors Lincoln. Many believe him to a symbol of national unity and pride. Two United States navy ships bear his name.

Abraham Lincoln was certainly a legendary American president. Probably everyone believes him to be a global icon of peace. His legacy is a powerful symbol against oppression. Above all, his greatest contribution to mankind is the emancipation of slaves. The forces of evil tried to stop him. However, his legacy became more glorious because of such attempts. Finally, his assassination took place at the hands of evil forces. However, this assassination left him as a national martyr. The name of Abraham Lincoln certainly belongs in the pages of greatness.