India is mainly an agricultural economy. Agricultural activities contribute about 50% of the economy. Agriculture involves growing and selling of crops, poultry, fishing, cattle rearing, and animal husbandry. People in India earn their livelihood by involving themselves in many of these activities. These activities are vital to our economy. The Indian economy has seen major growth in the last few decades. The credit for this boom largely goes to the service sector. Agriculture and associated activities have also been improvised to match the global standards and the export of various food products has seen an upward trend thereby adding to the economic growth. The industrial sector does not lag behind a bit. A number of new large scale, as well as small scale industries, have been set up in recent times and these have also proved to have a positive impact on the Indian economy. 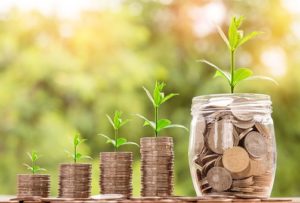 Majority of the working Indian population was and is still engaged in the agriculture sector. Growing crops, fishing, poultry and animal husbandry were among the tasks undertaken by them. They manufactured handicraft items that were losing their charm with the introduction of the industrial goods. The demand for these goods began to decline. The agricultural activities also did not pay enough.

The Rise of the Industrial Sector

The government of India also promoted the growth of small scale and large scale industry as it understood that agriculture alone would not be able to help in the country’s economic growth. Many industries have been set up since independence. A large number of people shifted from the agricultural sector to the industrial sector in an attempt to earn better.

The Growth in Service Sector

The service sector has also helped in the growth of our country. This sector has seen growth in the last few decades. The privatization of the banking and telecom sectors has a positive impact on the service sector. The tourism and hotel industries are also seeing a gradual growth. As per a recent survey, the service sector is contributing to more than 50% of the country’s economy.

The worst affected were the people in the rural areas who did not have access to internet and plastic money. This affects many big and small businesses in the country very badly. Several of them were shut down as a result of this. While the short term effects of demonetization were devastating, this decision did have a brighter side when looked at from long term perspective.

Many of our industries are cash-driven and sudden demonetization left all these industries starving. Also, many of our small scale, as well as large scale manufacturing industries, suffered huge losses thereby impacting the economy of the country negatively. Many factories and shops had to be shut down. This did not only impact the businesses but also the workers employed there. Several people, especially the laborers, lost their jobs.

The Indian economy undergoes several positive changes since independence. It is growing at a good pace. However, the rural regions of our country are still under-developed. The government must make efforts to improve the economic condition of these areas.