Human beings and machines work differently as machines are the creation of Human. Machines were created to make human life easier. A machine is only a motorized gadget consisting of different parts. When it comes to artificial intelligence vs human brain then there are some people who believe artificial intelligence is more efficient than the human brain. As time passed by humans became dependent on machines. Humans have a need to interact with each other because communication is not possible with machines. We feel comfortable in expressing, probing and getting our problems solved with humans. 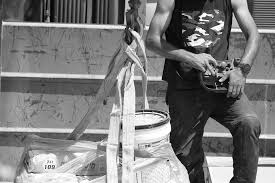 Machines are a Creation of Mankind

Humans are created of flesh and blood, they have a life. Humans have emotions and feelings, they express different emotions at different times. Machines work with their mechanical brain which is programmed by humans. Humans understand the situation and respond accordingly whereas machines do not have the capability of understanding.

Impact of technology on Human Life

Machines and technology are replacing manpower for certain jobs and this is the big reason for unemployment and which is also a drawback of the machines. As humans are being replaced by machine hence certain jobs are disappearing. The industrial revolution has also led to unemployment, as a result, there is a loss of medium skill jobs in various sectors.

Some effects of a machine on humans are competency, wars, and destruction, The radiation released from smartphones is absorbed by human bodies which can cause tumor, and also the power consumption has increased.

Increasing use of vehicles has increased air pollution that is damaging the environment. The effect of technology on our environment is severe and is responsible for drastic climate changes such as Global warming which leads to several diseases in humans. Machines are also responsible for the extinction of several birds, plant and animal species due to the changes in climate.

We are surrounded by different machines like televisions, refrigerators, music systems, home theatres, washing machines for many uses. With the use of these machines, our life has become much simpler. Machines are much faster than humans when it comes to processing information and performing calculations with accuracy and speed.

Computers have better memory can be fed with a large amount of information as compared to humans. Machines work effortlessly and more efficiently than humans. The products can be produced in larger quantities at much greater speed with the help of machines.

Machines have become a very important part of our lives and are helpful in many ways. Though it also has a negative impact on our lives as well. There is no competition between humans and machines because humans are the creators of the machine. Humans have created machines for various purposes and it is also important to know the purpose of developing artificial intelligence and its impact on human life. Machines are used for creation as well as destruction by the power of human intelligence.