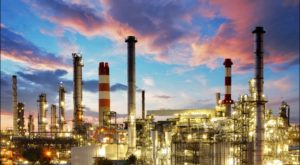 Size of industries are measured by how much money is invested, employee count and goods produced.

Industrial systems are made up of input, processes, and output. The input of raw materials, labour, land, power, and other infrastructure. The process is the plan the manufacturer has of how to turn raw materials into finished products of value. And finally, the output is the end of the product from which the income earned it.

As we learned how industries were classified according to raw material, size, and ownership. Here we will learn the distribution of some major industries, which are iron and steel industry and textile industry are the oldest industries that have had their role in Indian industrialization. Information technology is an emerging industry.

Iron and steel industries have their firm hold in countries like Germany, USA, China, Japan, and Russia. While textile industries are flourishing in India, Hong Kong, and South Korea. The new emerging information technology has their concentration in Silicon Valley of California and Banglore of India. Iron and Steel industries are famously known as the feeders of all the other industries. The products of these industries are used as raw materials in other industries. As we learned the industrial system, this industry comprises of various inputs, processes, and outputs. The input includes raw material such as iron ore, labor, capital, and other infrastructure. Iron ore is then converted into steel by various processes like smelting and refining.

Finally, the output is steel. Steel and iron can be called as the basic material needed in every other industry. No doubt, they are the backbone of the modern industry. In a developing country like India, Iron and Steel industry has taken the advantage of the cheap labor, raw material, and the ready market.

Textile is a fabric that is woven from fibres. It takes raw material like cotton or wool and the process called spinning turns it into yarn that is later used to create the fabric. Fibres can be natural or are man-made. Natural fibres are – cotton, jute, linen, wool, and silk. Man-made fibres are – nylon, rayon, and polyester.

After that, textile industry expanded in Mumbai because of its warm, moist climate, facility of port for importing machinery and exporting the output and above all the availability of cheap labour. Some of the well known and highly demanded fibres are, Muslins from Dhaka Chintzes from Masulipatnam and Calicos of Calicut, Gold wrought cotton from Surat, Burhanpur, and Vadodara. 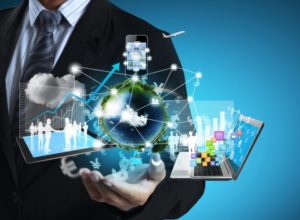 The Silicon Valley and Bangalore both share many same aspects in the development of Information technology such as pleasant climate, skilled workforce, presence of high quality educational, technological and scientific centers and access to markets.

Q: Which of this is a joint sector industry?

Answer: Owned by the government and individuals.

Q: Name one industry you know about or heard of apart from the ones listed above.

Share with friends
Previous
India - Size and Location
Next
Industries

this is so helpful for my studies.applouse for u all

What are the differences between modern and traditional industries?

this was really helpful ….. thank you very much

Thank you for great help

actually i wanted the revision notes
can you provide those