500+ Words Essay on Constitution of India 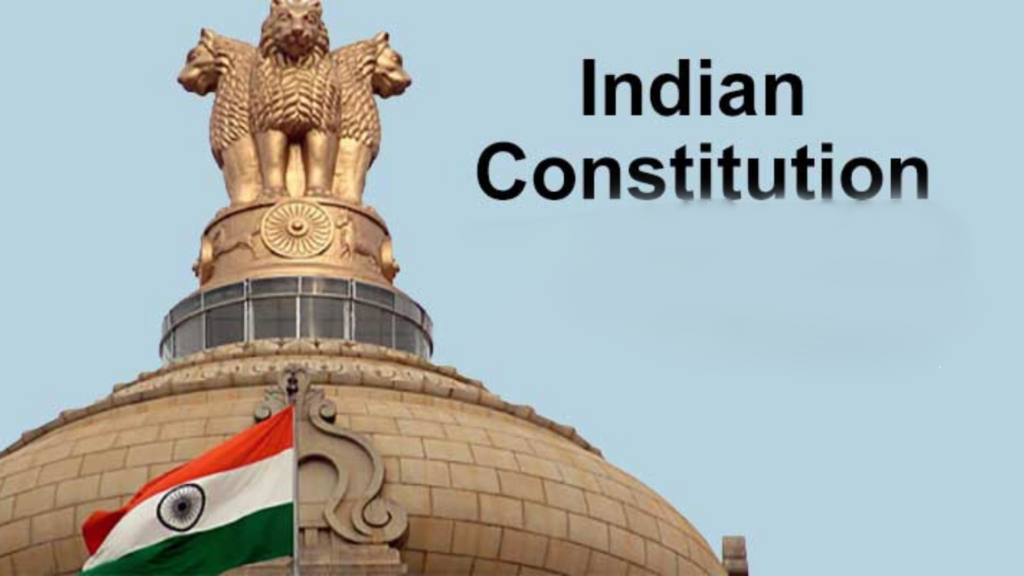 Salient Features of the Constitution

The list of salient features of the Indian constitution is very long and there are many uniqueness about it that you won’t find in any other countries constitution.

The first thing that makes the Indian constitution different is its length. The constitution of India contains a preamble, 448fourhundred, and forty-eight Articles, twenty-five groups, twelve Schedules, and five appendices. Moreover, it takes around 3 years to complete the draft of the constitution.

The Rigidity and Flexibility of the Indian Constitution

The constitution is hard as well as soft both at the same time. While on one side the supreme power needs to be followed carefully to maintain the law and order in the country, on the other side the citizen can appeal to amend the outdated provisions. But there are certain provisions that can be easily amended and there are some that take a lot of time and resources to amend. Furthermore, there have been more than 100 amendments in the constitution from the day of its enforcement.

According to the constitution of India is a secular country that means that it does not give special status to any religion. Anyone can perform his religion freely.

It means a dictator or monarch does not rule the country. Moreover, it nominates and elects its head every five years.

The constitution of t5he country states every fundamental duty of its citizens under it. These duties have to be followed by all the citizens of the country equally whether it’s a rich person or a poor one. Besides, these duties include the respect of national flag and national anthem, integrity and unity of the country, the safeguard of public property, and various others.

This policy is simple guidelines to the state in which ensure the development of its socio-economy via its policies.

In conclusion, the constitution serves as guidelines for every citizen. Also, law and rule are completely defined in the constitution. The head of the drafting committee Dr. B.R. Ambedkar has done a remarkable job that no one can forget. He and his team draft constitution that no other country has bale to do till date. Besides, the constitution has helped India to attain the status of the Republic in the world.

FAQs about Essay on Constitution of India