Domestic violence refers to the violence and abuse which happens in a domestic setting like cohabitation or marriage. It is important to remember that domestic violence is not just physical but any kind of behaviour that tries to gain power and control over the victim. It can affect people from all walks of life and it basically subjects towards a partner, spouse or intimate family member. Through an essay on domestic violence, we will go through its causes and effects. 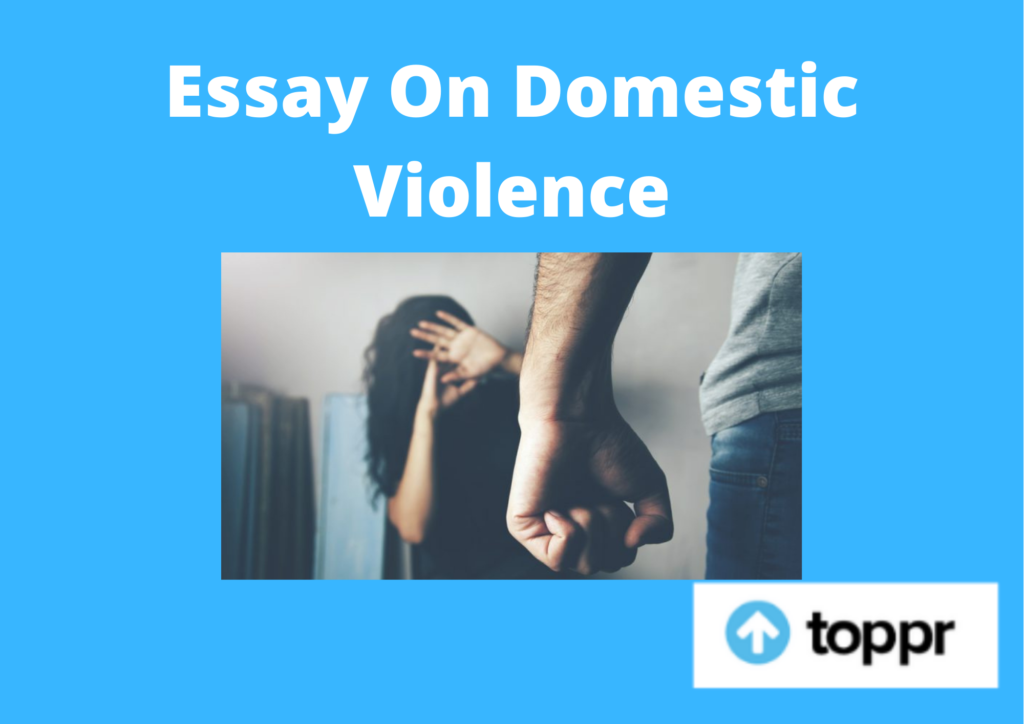 The male-dominated society plays an important role in this problem. Further, dowry is also one of the leading causes which have the consequence of violence against newly-wed brides. In many parts of the world, physically assaulting women and passing horrendous remarks is common.

Moreover, children also become victims of this inhuman behaviour more than often. It is important to recognize the double standards and hypocrisy of society. A lot of the times, the abuser is either psychotic or requires psychological counselling.

However, in a more general term, domestic violence is the outcome of cumulative irresponsible behaviour which a section of society demonstrates. It is also important to note that solely the abuser is not just responsible but also those who allow this to happen and act as mere mute spectators.

Domestic violence has many ill-effects which depend on the kind of domestic violence happening. It ranges from being physical to emotional and sexual to economic. A physical abuser uses physical force which injures the victim or endangers their life.

It includes hitting, punching, choking, slapping, and other kinds of violence. Moreover, the abuser also denies the victim medical care. Further, there is emotional abuse in which the person threatens and intimidates the victim. It also includes undermining their self-worth.

It includes threatening them with harm or public humiliation. Similarly, constant name-calling and criticism also count as emotional abuse. After that, we have sexual abuse in which the perpetrator uses force for unwanted sexual activity.

If your partner does not consent to it, it is forced which makes it sexual abuse. Finally, we have economic abuse where the abuser controls the victim’s money and their economic resources.

They do this to exert control on them and make them dependent solely on them. If your partner has to beg you for money, then it counts as economic abuse. This damages the self-esteem of the victim.

Conclusion of the Essay on Domestic Violence

To conclude, domestic violence has many forms which include physical aggression like kicking and biting and it can also be sexual or emotional. It is essential to recognize the signs of domestic violence and report the abuser if it is happening around you or to you.

FAQ of Essay on Domestic Violence

Question 1: Why is domestic violence an issue?

Answer 1: Domestic violence has a major impact on the general health and wellbeing of individuals. It is because it causes physical injury, anxiety, depression. Moreover, it also impairs social skills and increases the likelihood that they will participate in practices harmful to their health, like self-harm or substance abuse.

Question 2: How does domestic violence affect a woman?