500 Words Essay On English as a Global Language

A global language is one that is spoken and understood at an international level by a wide variety of people. Moreover, no language in the world better fits this description than the English language. This essay on English as a global language will shed more light on this issue. 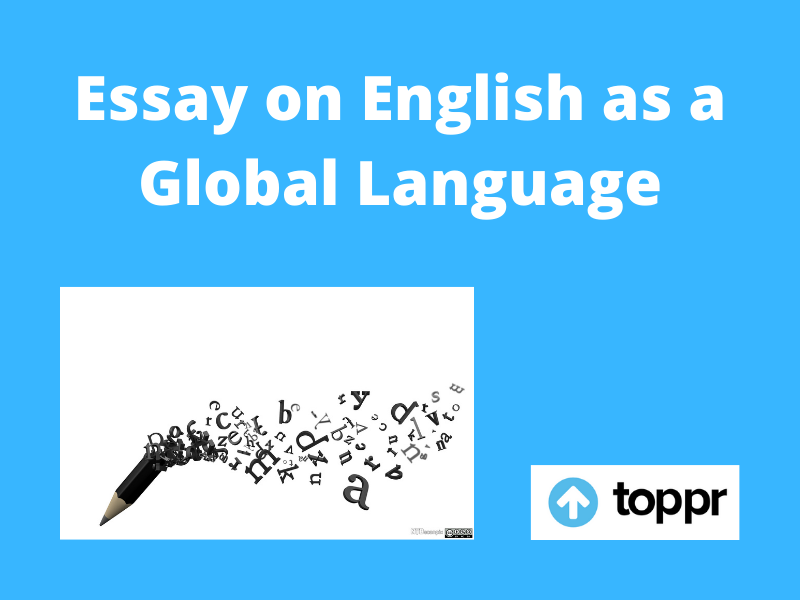 Essay on English as a Global Language

Why English is a Global Language

When it comes to languages, one can make a strong argument that a strong link exists between dominance and cultural power. Furthermore, the main factor that the languages become popular is due to a powerful power-base, whether economic or political or military.

Generally, the difficulty level of a language varies from person to person and it also depends on the culture to which one may belong. For example, a Korean person would find less difficulty in mastering the Japanese language in comparison to a German person. This is because of the close proximity of the Korean and Japanese cultures.

Due to the massive British colonial conquests, no culture is in complete oblivion of the English language or words. As such, English is a language that should not appear as too alien or strange to any community. Consequently, learning English is not such big of a deal for most people as they can find a certain level of familiarity with the language.

The Effectiveness of the English Language

English is a very effective language and this is evident due to the presence of various native and non-native speakers on a global scale. Furthermore, according to statistics, one-fourth of the world is either fluent in the English language or content with it. While it’s true that the number of native Mandarin speakers is the greatest in the world, Mandarin is not the global language due to its complex spellings, grammar, and letter system.

The English language, on the other hand, does not suffer from such complexity problems. Furthermore, the English language has a lot of words and synonyms to express something. As such, any word or its meaning can be expressed with a high level of accuracy.

Conclusion of the Essay on English as a Global Language

FAQs For Essay on English as a Global Language

Question 1: Why English is referred to as the global language?

Question 2: How English became the global language in the world?

Answer 2: By the late 18th century, the British Empire had made a lot of colonies. Moreover, they had established their geopolitical dominance all over the world. Consequently, the English language quickly spread in the British colonies.

There was also the contribution of technology, science, diplomacy, commerce, art, and formal education which led to English becoming a truly global language of the world.