India is a great country where people speak different languages but the national language is Hindi. India is full of different castes, creeds, religion, and cultures but they live together. That’s the reasons India is famous for the common saying of “unity in diversity“. India is the seventh-largest country in the whole world.

The Indian flag has tricolors 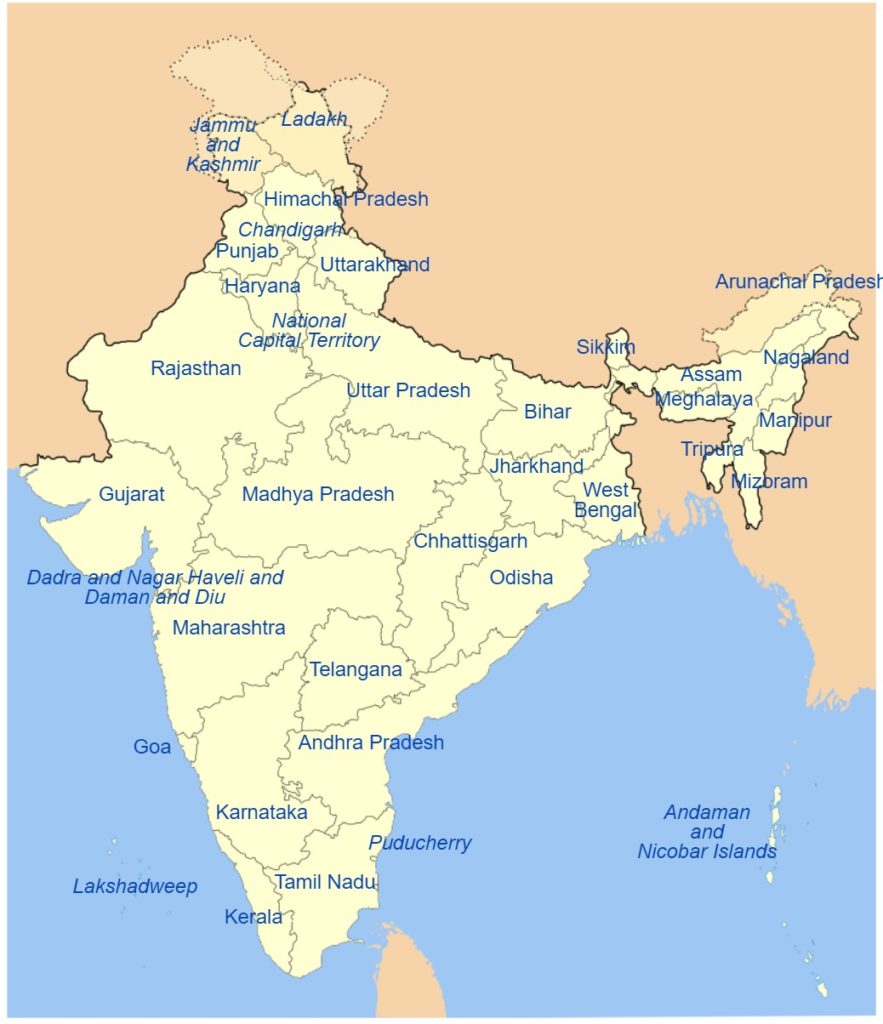 My Favorite States from India are as follows –

Rajasthan itself has a glorious history. It is famous for many brave kings, their deeds, and their art and architecture. It has a sandy track that’s why the nuclear test was held here. Rajasthan is full of desert, mountain range, lakes, dense forest, attractive oases, and temples, etc. Rajasthan is also known as “Land Of Sacrifice”. In Rajasthan, you can see heritage things of all the kings who ruled over there and for that, you can visit Udaipur, Jodhpur, Jaisalmer, Chittaurgarh, etc.

Madhya Pradesh is bigger than a foreign (Italy) country and smaller than Oman. It also has tourists attractions for its places. In Madhya Pradesh, you can see temples, lakes, fort, art and architecture, rivers, jungles, and many things. You can visit in Indore, Jabalpur, Ujjain, Bhopal, Gwalior and many cities. Khajuraho, Sanchi Stupa, Pachmarhi, Kanha national park, Mandu, etc. are the places must visit.

It is known as the ‘God’s Own Country’, Kerala is a state in India, situated in the southwest region, it is bordered by a number of beaches; covered by hills of Western Ghats and filled with backwaters, it is a tourist destination attracting people by its natural beauty. The most important destinations which you can see in Kerela are the museum, sanctuary, temples, backwaters, and beaches. Munnar, Kovalam, Kumarakom, and Alappad.

India is a great country having different cultures, castes, creed, religions but still, they live together. India is known for its heritage, spices, and of course, for people who live here. That’s the reasons India is famous for the common saying of “unity in diversity”. India is also well known as the land of spirituality, philosophy, science, and technology.