Kalpana was the First spacewoman of India. It was the dream that many Indians dreamt of but only Kalpana was able to fulfill it. She had various ambitions in minds from her childhood only. Moreover, she always had an interest in aircraft, and because of that, she took aeronautical engineering. 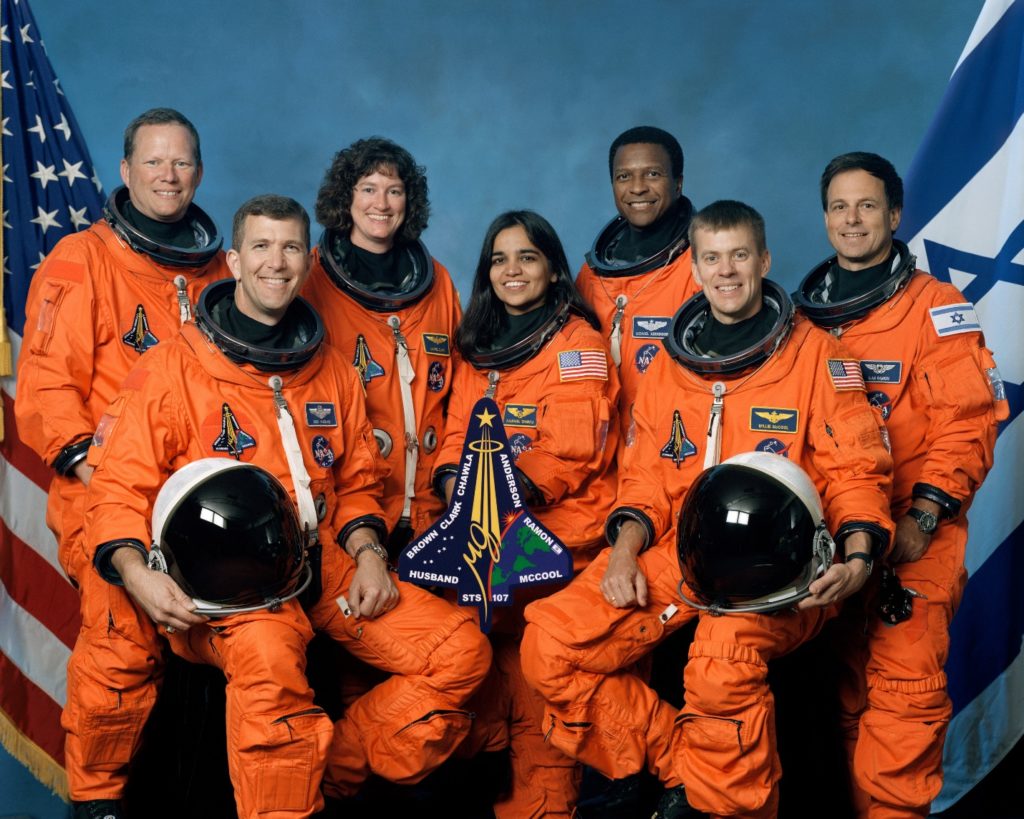 Furthermore, Kalpana was a woman of great patience and hard work. And she proved that nothing is impossible if you have true dedication for your work. According to her teachers, Kalpna always had a great interest in Science.

Also, she had the ambition to go into space. So from the beginning only she was aiming to become an astronaut. In spite of knowing that it is a really difficult field. Therefore her father always encouraged her to go for higher studies.

Kalpana was born in Karnal which is a small town in Haryana. Furthermore, she went to a local school to complete her primary studies. Kalpana was always a diligent student. Moreover, she was good in her academics. After completing her schooling Kalpana went to college for graduation. She took admission in Punjab University. She took admission in Aeronautical engineering.

Most Noteworthy is that she was the only girl student in the entire batch. This signifies that she always took a different path from others and was a leader. Furthermore, after completing her graduation she went abroad for further studies.

After completing her real career started. In 1994 she became a space passenger in NASA. Further one year later she became a member of space zone too. Kalpana always had a dream of landing on the moon. And as a result of her hard work and dedication, she reached such heights.

Kalpana’s first space mission was on November 19, 1994. She was a part of 6 member crew on space shuttle Columbia Flight STS-87. Furthermore, she lived for around 375 hours and traveled over 6.5 million miles in space. But when she was returning to Earth the space shuttle disintegrated. Thus the lives of all the 7 crew members ended which Kalpana a part was of. Therefore her career ended sooner than expected.

The Death of Kalpana Chawla struck sadness in the minds of Indians. Yet she will always be a great inspiration for all the Indian women. As she became a role model of all the youth. The youth who have always dreamt of doing something great in their lives. Furthermore, it also gives us a message that we should not confine ourselves within boundaries.

Moreover, we should see life as an opportunity to fulfill our dreams. Kalpana always took life as a challenge and an opportunity. Because of this only she was able to achieve such heights.

Also, it tells us that everything is possible through hard work and dedication. In her graduation days, she was the only woman in her batch. But this did not deviate her from achieving her dreams. At last, her story always inspires us as Indians and makes us proud.

Q1. Who was Kalpana Chawla?

A1. Kalpana Chawla was the first spacewoman of India.

Q2. How did Kalpana Chawla die?

A2. Kalpna Chawla died because her Space shuttle disintegrated. Along with her 6 crew member died as well. This was a great tragedy for the people of America and India.