Overpopulation refers to an undesirable condition in which the number of existing human being exceeds the actual carrying capacity of the earth. It has many causes which range from a decline in the death rate to early marriages and more. The overpopulation essay will throw light on this issue. 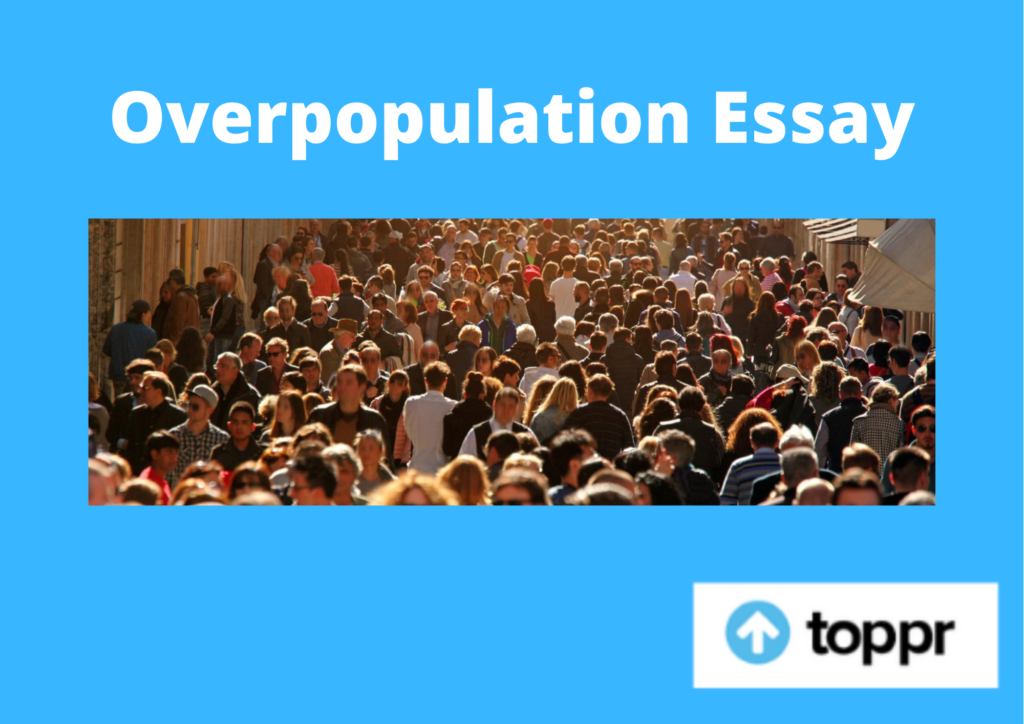 The ill-effects of overpopulation are quite severe. The first one is that natural resources deplete at a faster level. Our planet can produce only a limited amount of water and food. Thus, overpopulation causes environmental damage including deforestation, pollution, etc.

Similarly, there is the degradation of the environment which happens because of the overuse of resources like coal, oil, natural gases and more. As a result, the quality of air also gets affected in this manner.

In developing countries, overpopulation puts a strain on resources. Thus, it gives rise to conflicts and tension. It also causes more diseases that become harder to control. Next up, we have the issue of unemployment.

It is because overcrowded and unhygienic living gives rise to infectious diseases. Another ill-effect is malnutrition and starvation. When there are scarce resources, these diseases will likely to be on the rise.

Most importantly, we have a shortage of water which makes it tougher for people to get access to clean water. Similarly, lower life expectancy also happens because of the boom in population, especially in less-developed nations.

We also witness faster climate change as nations continue to develop their industrial capacities. Thus, they emit industrial waste which gives rise to global temperatures. It will keep getting worse if things are not checked immediately.

There are many solutions which we may take up to prevent overpopulation. The best measure is family planning to keep the overpopulation check. In order to do that, one can ensure proper spacing between the births of the children.

Further, limiting the number of children as per income and resources must also be important. Similarly, it is essential to increase resources. The government must make the horrors of overpopulation reach the public through the use of media.

Moreover, better education can help implement social change which can curb overpopulation. Next up, knowledge of sex education must be made mandatory in schools so students learn young about everything they need to know.

Most importantly, it is essential to empower women so they can break out of poverty. This way, they can learn about reproductive health and make better decisions. Another solution can be government incentives.

Many governments of countries already have various policies which relate to tax exemptions for curbing overpopulation. For instance, some waive a certain part of income tax for married couples with one or two children.

All in all, overpopulation is no less than a curse that poses a permanent threat to the development of any country. It is essential to stop the flood of population. In order to do that, one must indulge in proper family planning and creating balance in society for a better world.

Question 1: What is the main cause of overpopulation?

Answer 1: It is believed that the main cause of overpopulation is poverty. When there is a lack of education resource which coupled with high death rates, it results in impoverished areas witnessing large booms in population.

Question 2: How is overpopulation affecting the world?

Answer 2: Overpopulation is affecting the world as it is outpacing the ability of the planet earth to support it. It also has environmental and economic outcomes which range from the impacts of over-farming on global warming.