Match the column in banking exams are pretty common. The best practice is to go through both the columns before jumping into the exercises. Connect with context if you don’t know by meaning, eliminate the ones that cannot be matched, look at them at the end. Chances are all that make sense have been matched up leaving you the ones that you could not match and that’s a small pot to choose from now.

Table of content
1 Suggested Videos
2 Match the Column A with their meanings in Column B
3 Browse more Topics under Vocabulary
4 Practice Questions
4.1 Match The Words with Meanings 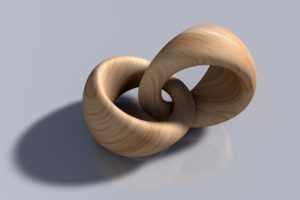 Examples and exercises in a match the column:

Match the Column A with their meanings in Column B

The answer to this Match the column is as under:

3. rummage => (v) search for something by moving things around hurriedly or carelessly.

4. scrape out => (ii) remove something from inside another thing using a sharp tool.

5. stumble over, tumble into => (vii) fall, or step awkwardly while walking.

Sometimes when you don’t know the meaning of the words, try to look at the formation of the word and you may find a root word that gives you some context of the meaning.

Learn more about Odd One Out here in detail.

For example, if the word is an illusion and you have no clue what it means, try to break the word and you will see it has ill which can mean something negative like not correct, wrongful, not true and so on.

So, let’s try one example where you can understand this further by attempting and then checking out the answer later.

Match The Words with Meanings

The Answer to this is: