Banking exams like IBPS PO, IDBI PO, etc weighs heavily on the questions that are related to the banking sector. One of the sections in general awareness is the banking sector. Thus, this section is very important for you to prepare for the main exams. Questions in the section are related more towards Basel norms. Basel is the regulations and supervision accord which are issued by the BCBS. So, these regulations include factor capital adequacy ratio banks and other variables. In this article, we are going to discuss the capital adequacy ratios. 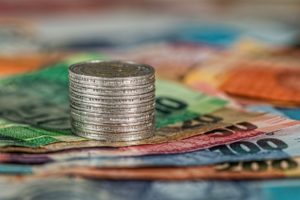 The primary task of banks is to lend and borrow the money. Thus, it lends money to the public as well as big and small companies and this activity of lending and borrowing the money causes a lot of risks to the banks.

Therefore, many banks keep aside a few portions of their money as security in the time of risks. This risk includes the non-recovery of money.

To tackle these risks the committee has produced norms called the Basel norms. A committee called Based Committee of Banking Supervision (BCBS) is in charge of supervising the standards formulated by the central banks.

To tackle the risk and mitigate it there are three Basel norms that have been formed. These are Basel I, Basel II, and Basel III. Basel I defines the structural and capital risk of the banks. Its entire focus is on credit risk.

Thus, the primary objective is to ensure that there is an adequate level of capital in the international banking system. Basel II is based on the principle that there should be a minimum CAR aka capital adequacy ratio of 8% for the risk assets.

To use the better the risk management techniques and manage all the types of risks. To disclose the exposure to risks to the central banks.

Basel III was the last norm, released in 2010. Thus, in this norm also, the objectives were to improve the shock absorbing capacity of the banks, improve the governance and risk management, and strengthen the disclosures of banks and their transparencies. This all led to the formation of capital adequacy ratio banks.

Learn more about Types of Deposit and Accounts here in detail.

There are two guidelines in the ratios. As per the Basel II norms, the minimum CRAR should be 8%. While as per the RBI guidelines, the CRAR ratio in India should be a minimum of 9%.

Out of the given 9%, the tier I should have 6% by March 2010, if it is not yet done. And for tier II, this ratio cannot be more than 50% of the entire capital for Basel I. After the capital adequacy ratio banks, we should know more about the 3 pillars of the Basel II.

Pillar 1: There should be a minimum capital standard which is to be compiled with the bank.

Pillar 2: Supervisory review which is to be carried by the RBI. This is based on the assessment by the internal capital adequacy.

Pillar 3: Market discipline to be achieved by various types of disclosures in the balance sheet.

Q. CRAR is considered to be the thermometer to check for a bank’s health. It is generally a ratio of bank’s ________

A. Risk to capital

B. Capital to its a risk

C. Capital to its liabilities

Answer: B. Capital to its a risk