Objectives of Reserve Bank of India 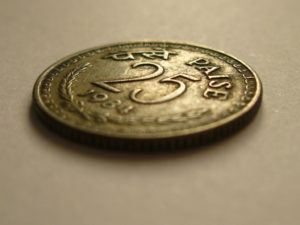 The Reserve Bank of India was established with the main motto of regulating all the banks in India. The objective was to keep in check the reserves as well as the issue of bank notes.

So, it was done to secure the monetary stability and thereby to operate the credit system and currency of the country to its own advantage.

Prior to the RBI, the government of India and the Imperial Bank of India were unable to control the Indian financial system by keeping it in check.

Therefore, a committee led by the Hilton and young commission in 1935, shifted the entire financial system to the RBI.

So, the primary target for RBI was to control and regulate the various financial policies and help in the development of the banking facilities throughout India.

The primary objective for the RBI would be to regulate the various banking functions for India in the money market. Thus, they focus mainly on issuing new notes.

The RBI was established with the aim of being a banker’s bank and also the bank for the government. Its task was to promote the economic growth of the country through various frameworks and economic policies of the government.

Learn more about the Functions of RBI here in detail.

Governing of the RBI

On basis of the RBI act of 1934, RBI is governed by a board of directors centrally. So, this board is unbiased and is appointed by the Indian government.

The entire management and organization of the RBI are on the shoulders of these directors. Thus, they are entirely responsible for the management of the RBI.

These board of directors team consists of 20 people. This includes 1 Governor, 4 deputy Governors, and 15 directors.

Governor is given the highest authority in the RBI. He is appointed for 5 years by the Indian government. He can also be re-elected for another term. While 4 deputy Governors are appointed by the central government.

The central board of directors gases all the powers to run the RBI. Thus, they should meet at least 6 times and once every 3 months a year.

Usually, there is always a meeting mixed in the month of March at New Delhi with the finance minister of India to discuss the upcoming budget. Similarly, one meeting is held in Mumbai every August before the annual reports are released.

Q. Under which act was the Reserve Bank of India established?

Q. The RBI headquarter is not situated in which of these following cities?