Balance of trade is also known as net export, trade balance, or international trade balance. Also, it is considered as a part of the current account. It is usually a difference between the country’s exports and imports of goods for a given period of time. 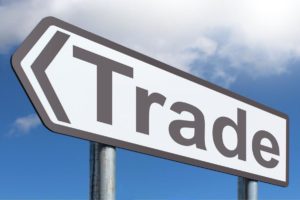 In this, imports and exports of services are not included. The services include invisible items like insurance, banking, interest, dividends on assets, profits, software services, etc. These items are termed as invisible because you cannot see them in cross border trades.

Calculating the Balance of Trade

Suppose India exports $1.5 billion of goods and services in 2018. Also, in the same year, they exported $1 billion worth of good and services to other countries. So, India is said to have a trade balance of -$500 million of trade deficit.

There are many cases where the trade balance is a correlation to a company’s economic and political stability. This is because it reflects the total amount of foreign investment in a country. Debit items in a country include foreign aid, imports, domestic investment and domestic spending abroad.

When an economy subtracts credit items from debit items, economists arrive at trade surplus or trade deficit. This can over a period of a month, quarter, or a year.

A trade deficit or a trade surplus is not always a viable indicator of a country’s health. Also, it must be considered in the context of other economic indicators like the business cycle, etc. For example, during a recession, a country prefers to export more and import less. Also, this is done to boost the demand in the economy and create jobs.

While in the times of expansion of the economy, countries would rather prefer to import more than export. This is to limit inflation by promoting competition in prices. It was noted that in 2017, Japan, China, and Germany has a huge trade surplus. While the large trade deficits were held by the United Kingdom, the United States, Turkey, and Canada.

Practice Questions on Balance of Trade

Q. Which of the following factors are considered as the invisible amount in the balance of trade of the country?

A. Remittance paid for workers’income

B. International trade for services