When any government intentionally declares its own currency cheaper in terms of the foreign currency than the process is called devaluation of currency. In different words, this is also called as the reduction of the reduction value in currency. 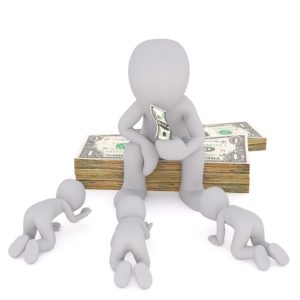 Every country has different monetary policies that are different than the other country’s policies. They can have a semi-fixed exchange rate or a fixed exchange rate. Also, these terms are often misunderstood with depreciation in contrast to re-evaluation.

Thus, in other words, a currency is called devalued when it loses the relative value with other currencies in the foreign market. Also, it can be said that the devaluation of the currency is a result of its monetary policy.

Objectives of the Devaluation of the Currency

The government that issues the currency decides to devalue the currency. Also, unlike the depreciation, this one is not the result of any nongovernmental activities. Also, the other reason is a country devalues it’s the currency to combat the imbalance in trade.

Thus, devaluation reduces the cost of the country’s exports. Also, it provides them with a more competitive market and this, in turn, increases the cost of imports. So, domestic consumers are likely to purchase them and thus it further strengthens the domestic business.

As imports decrease and exports increase,  a favors a balance of payment towards the shrinking trade deficits. Thus, a country devalues it’s currency so that it can reduce the deficit because it increases the demand for cheaper exports.

Downside to the Devaluation

While devaluing the currency seems like an attractive option, there are many negative consequences to it as well. For example, an increase in the price of imports protects the domestic industry. This is because it may become less efficient without the competition pressure.

Furthermore, higher exports related to imports can also increase aggregate demand. Thus, it can also lead to higher inflation and gross domestic product. Inflation here can occur as the imports are more expensive than they used to be. Aggregate demand results in demand-pull inflation.

Thus, manufacturers may have less incentive to cut down costs. This is because, with the increase in costs of services and products over time, exports become cheaper.

Practice Questions on Devaluation of currency

Q. What does the devaluation of a currency leads to?

A. Increase in the domestic prices

B. Fall of domestic prices

Answer: A. Increase in domestic prices