In recent years, India’s industrial picture has been changing. More and more industries are contributing to the growth of the Indian economy. Also, this raises a question in everyone’s mind. It is whether India’s industries can be self-sufficient or not? For a developing country like India, if it wants to flourish than there needs to be adequate foreign capital available. This is how it can make progress and compete in global industries. Industries in India are doing well well in terms of exports in recent years. There has been noticed a substantial growth which accounts for the fact that the balance of trade has been improved. 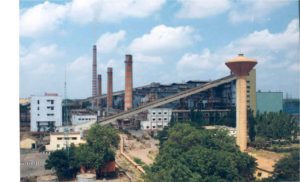 Although the growth story and economically condition, there are many industries that are popular than the rest. These industries have been contributing to the growth for a very long time. Here we will look at some of these popular industries in India.

Currently, the chemical industries in India produces more than 70,000 commercial goods. These goods range from toiletries to pesticides and plastics. Also, this industry is considered as one of the oldest industry in India.

Furthermore, in terms of volume, it features 12 largest producing chemicals in India. This, in a way, gives pride to many people in India. The chemical industry in India accounts for more than 12.5% of the total industrial output.

Also, this contributes to more than 16% of exports. Some of the emerging sectors under chemical industries are agrochemical, petrochemical, and pharmaceutical Industries.

This industry covers a variety of products. The activities include the production of raw materials like wool, silk, jute to the greater value of goods like readymade garments made from natural and man-made fibers.

Furthermore, this industry provides employment to more than 40 million people. Thus, it plays a very huge role in Indian economy. The percentage share of GDP for this industry is 4%. Also, it adds 14% of value to the merchandising sector.

This is evident from the fact that it contributes to employment to more than 5 lakh people. Some of the key players in this industry are Bokaro steel plant, Steel Authority of India, Durgapur steel plant, etc.

While the mini plants produce more than 11 million tonnes of cement every year. Some of the major players in the industry are Ambuja cement, J.K  cement, Aditya cement, etc.

In the last decade, the software industry has seen the most growth among other industries. It has received a massive expansion and as a result, has grown leaps and bounds. The significance of industry is known by the position of India as a knowledge-based economy. In this, the CAGR for the last few years has been more than 40%.

Q. Out of the following industries, which cannot be considered as a major scale industry in India?

Q.  Which industry can be called a heavy engineering industry out of the following options?

B. Iron and steel