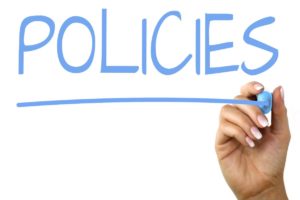 The first policy of newly independent India was industrial policy resolution of 1948. In this policy, the main focus was on the states. They have to play an active role in the development of industries.

The government in this policy stressed more on the socialistic view of society. This policy was in force for 8 years. Some of the other of IPR in 1948 were

Learn more about Industries of India and World here in detail

This act was passed in 1991 by the parliament. To regulate and control the development of industries in India. Some of the objectives of this act were

There were two provisions that the act laid down. These were reformative provisions and restrictive provisions. Reformative includes constructive measures, control on distribution and supply. Price, and direct control and regulation by the government.

While restrictive provisions include the measures that are essential for curbing unfair practices. This included inquiry of the listed companies and licensing.

Also, registering of the industrial undertaking, and cancelation of registration license.

This new policy was introduced in the year 1991. In this time, the country was suffering from severe economic instability. The objective of this policy was to accelerate economic growth and increase efficiency.

Dispersing of the industries

This is turn favored heavily to industries that are based on agriculture. It was done by introducing the incentives to attract the industries to backward regions and villages.

This ensured that the payment for the sale of SSIs is speedy.  To enhance the supply of risk capital to SSIs, the limited partnership was allowed.

Q. The new industrial policy to strengthen the private sector was introduced in the year

Q. The main focus of the industrial policy resolution in 1948 was to

A. Make the state play an important role in industrial development

B. Strengthing the private sector

Answer: A. Make the state play an important role in industrial development